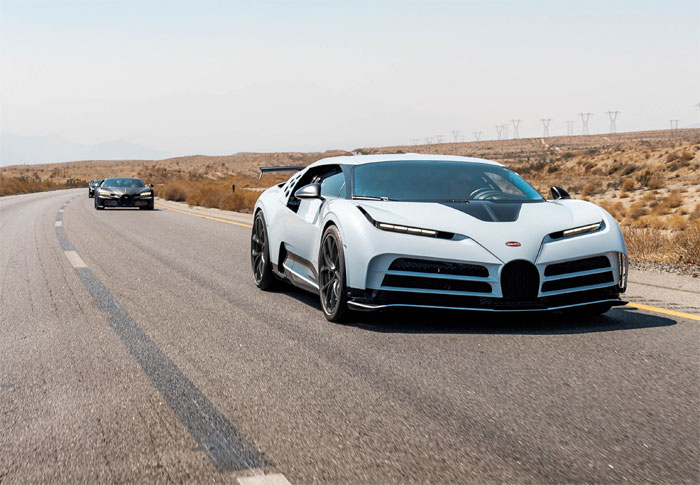 Anyone who has ever owned a vehicle with lots of horsepower knows that cooling can be an issue. Bugatti has announced that the hot weather testing for its new Centodieci has been completed. The testing was conducted in the deserts of Arizona at the height of summer.

While there were several Bugatti models in the testing convoy, the leading vehicle was a prototype of the Centodieci. Bugatti plans to build only 10 of those cars all by hand with customer deliveries beginning next year.

During its desert testing, the vehicle was subjected to temperatures exceeding 50 degrees Celsius. Engineers said that testing the vehicle in the hot, dry desert was a “huge help” for the development process. Bugatti says it does not change its testing methodology even when building only a handful of a specific model.