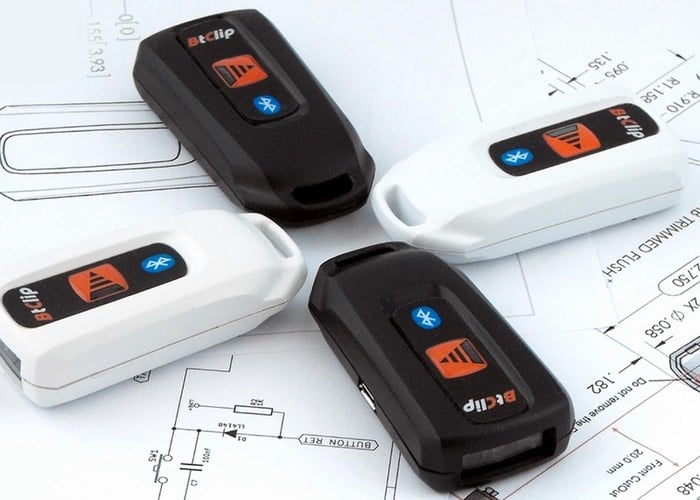 Anyone on the search for a small wireless data collector that offers a barcode reader capable of reading both 2D and 1D barcodes, May be interested in the BtClip Micro which has been designed by Marco Aureggi based in Italy.

The BtClip Micro is a small hand held wireless data collector and barcode reader, that offers batch memory downloads or real time bluetooth communication depending on your requirements.

Watch the video below to learn more about this wireless data collecting system which is small enough to hang on a keychain. Aureggi the devices creator explains more about its inspiration and possible applications.

Since more than 25 years we are involved in the Barcode and data collection field. We have followed all tecnologies that were developed and used in this long period (technologically speaking). The new tendencies suggest to use, daily smaller devices, (let’s say pratically wearable). So we decided to develop a wireless and multifunction datacollector, that should include in a real “keyfob size” device, all the most important requirements, for users, developers, dealers… at an accesible price.

Introducing BtClip, a “micro” Barcode Scanner / Datacollector. Acquired data can be transmitted in real time, one by one, or stored in the built in memory and downloaded later in batch mode. BtClip have several interesting features if compared to other similar existing devices, such as “ultra small size” (1,7 x 3,4 x 6,9 Cm.), if not the smallest (might be) surely is one among the 2 or 3 smallest on the market. May scan, very fast, of 2D and Linear barcodes, in “omni directional” mode (360° rotation) doesn’t matter how you point.

May be used in real time mode like a standard “cordless” scanner, using Keyboard wedge mode, or SPP mode (Serial Port Profile), to be 100% compatible with any existing management software. Using the Inventory mode, BtClip may store all data, the records may be formatted as Barcode only or Barcode+Quantity (very usefull) and later saved in a text file. May work OFF Line or ON Line connected by Bluetooth to PC, Tablet, Smartphones, having a full bi-directional communication and being totally driven by a whide set of software commands, for the developers happiness !

For more information on the new BtClip Micro jump over to the Kickstarter website for details and to make a pledge from just €109 for early bird backers. Securing a BtClip Micro with a price reduction of 50 percent off its retail price via the link below.