Some customers of BT Infinity are sure to be pleased to learn that BT has today announced that they are planning to increase the maximum speed available through the fibre optic connection to a tasty 320Mb.

David McDonald BT’s general manager of consumer broadband made the announcement today and explained that to benefit from the new 320Mb connections BT customers will require a ‘fibre to premises’ broadband connection, rather than the ‘fibre to exchange’ broadband which most BT Infinity customers have. 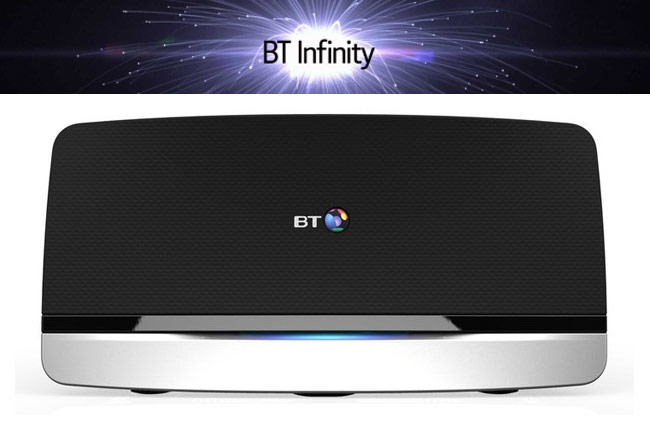 However is you do have the ‘fibre to premises’ broadband connection you can now subscribe to the 320Mb connection for £50 a month, but did not reveal how long the contract would need to be.

BT also unveiled its new Home Hub 4 router, which improves upon previous models by including dual-band 2.4GHz and 5GHz transmission and uses smart channel switching to reduce the effects of interference from other devices in the home that use the 2.4GHz spectrum.