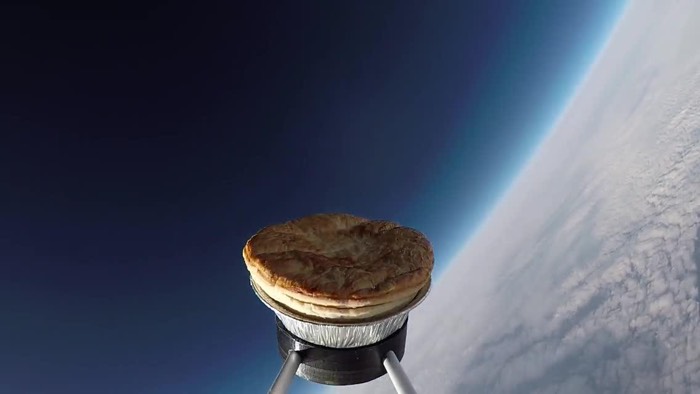 Pie makers in the UK have decided it was a good idea to send a meat pie into space, this was apparently done to promote the World Pie Eating championship which takes place tomorrow.

The pie was sent into space on a weather balloon and it managed to make it 150,000 feet into the air and then landed back on earth.

The pie was sent into space by space enthusiasts from Sent Into Space, The World Pie Eating championships take place tomorrow in Wigan, Manchester in the UK.