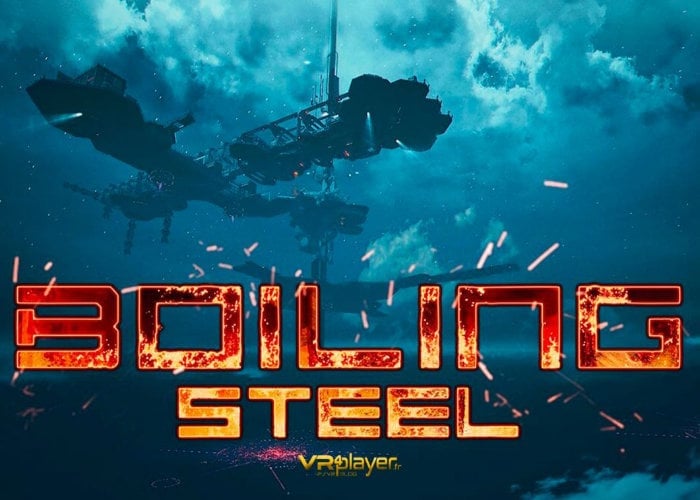 A new PC virtual reality science fiction shooter game has launched via Steam this week in the form of Boiling Steel. Offering a single player combat experience supported by the Valve Index, HTC Vive Pro, Oculus Rift and Windows Mixed Reality headsets. The game can be played either seated or standing and is currently available at a 20% discount to celebrate its launch.

“They promised a good job and a bright future. But advertising posters always lie. Instead of a quiet life – war. Instead of a body, a steel shell. Instead of weapons – tools. Thousands of light years from home. You are alone. Nowhere to run. Good luck my friend…”

– A unique system for quick reloading weapons adds drive and gives a unique gaming experience.
– Nine different tools with original mechanic of two-handed grip allow the player choose their own playing style.
– The weapon upgrade system automatically improves a favorite and frequently used tool, gradually turning it into a hellish machine.
– The ability to enhance selected parameters of the robotic shell adapts the gameplay for the player.
– Randomly generated biomes and dangers make each new playthrough unique.
– Thoughtful story missions reveal the gloomy secrets of the planet and keep the intrigue to the very end.
– Realistic graphics are completely immersed in the exciting reality of the fantastic world of the future.
– A minimum of 10 hours of gameplay, even for experienced players.

“You are one of many who set off in search of a better life in the distant bastion of scientific progress. Your goal is a colony planet, free from bureaucratic, religious and other radical restrictions. Here they research and freely use industrial teleportation, transfer of consciousness and other technologies prohibited in the inhabited worlds. Factories, power plants, mines and residential complexes of the planet are fully automated. All the dirty and hard work is done by robotic shells controlled by the operator’s mind. It is a high-tech paradise. But here, something went wrong.”