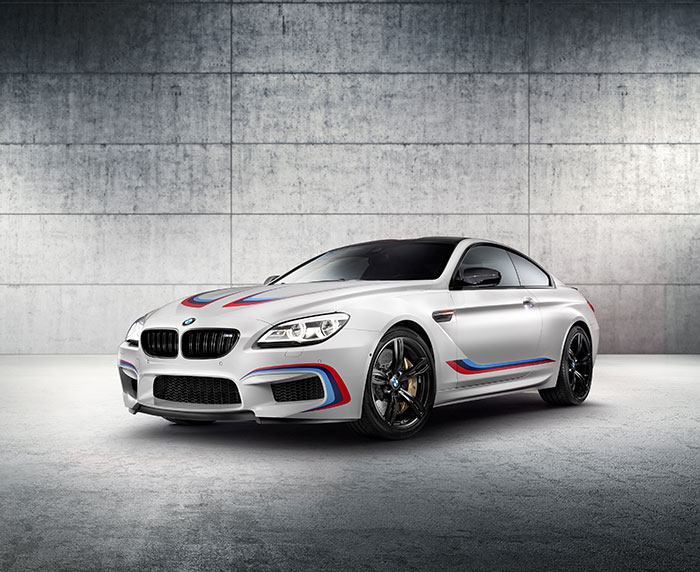 BMW has unveiled the M6 Coupe Competition Edition that is intended to pay homage to the M6 GT3 racing car. The Competition Edition is offered in two colors, alpine white and Austin yellow. Both will have BMW M colors in the racing stripes that celebrate the livery used on the racing car. I’m having a rather hard time picturing what the red, white, and blue livery would look like on a yellow car.

Under the hood, the Competition Edition has a 4.4L TwinPower turbo V8 engine that makes 600hp and 516 lb-ft of torque. The top speed for the car is 189.5mph if the buyer chooses the optional M Driver’s Package. Black 20-inch wheels are part of the package and the car has a carbon fiber rear diffuser and rear spoiler.

M Function seats for driver and front passenger and a heads-up display are included. Buyers can opt to replace the stock Harmon Kardon Surround Sound system with a Bang & Olufsen system with 16 speakers. The Competition Edition is an option available on the M6 Coupe that adds 17,700 euros to the base price of the M6, which starts at about 98,000 euros.