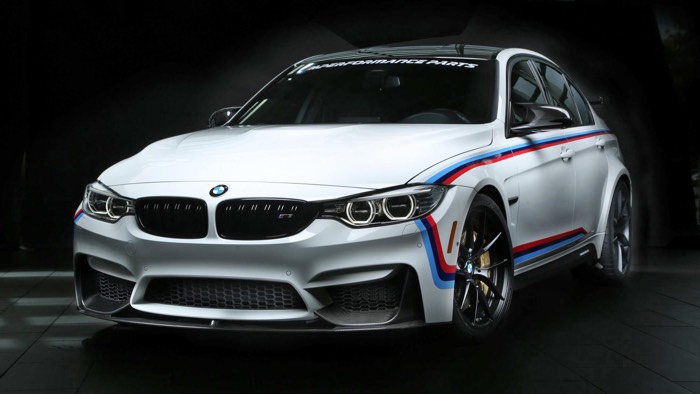 The car maker has also announced some new Motorsport Aerodynamics for the M3 with a new rear wing and more. 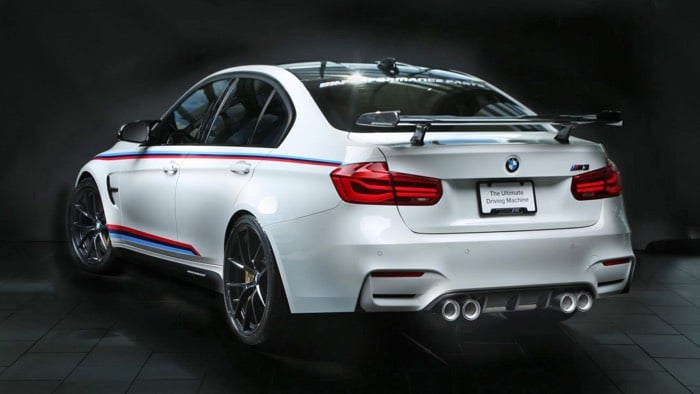 BMW will present the extensive range of new M Performance Parts and Original BMW Accessories at their booth inside the lower South Hall (Booth 40247) at the 2016 SEMA Show in Las Vegas, Nevada. BMW vehicles that will be displayed throughout the show include a BMW M2 Safety Car, a BMW M3, a BMW X5, a BMW 340i finished in Alpine White with numerous M Performance Parts. Additionally, BMW will present a very special BMW Individual 740e xDrive iPerformance finished in BMW Individual Frozen Black Metallic featuring M Performance Parts at SEMA. Also on display at the H&R booth, BMW will showcase one of the five 3.0 CSL campaigned by BMW of North America in the 1975 & ’76 IMSA Camel GT Series in Group 4 specifications which won at Sebring, Riverside,  Laguna Seca, Daytona and Talladega.

BMW’s presence at the SEMA Show has a special meaning for the company in several respects. The SEMA Show’s worldwide reputation as an innovator and trendsetter in the field of tuning and individualization, the conference offers the ideal framework to present the extensive range of BMW M Performance Parts that not only increase the performance and optimize vehicle driving dynamics but they also extend a unique and distinctive look to the BMW models. The USA is the largest market for BMW M Performance Parts in the world, with 20 percent higher revenue than comparable figures in Germany, the second largest market in the world.

You can find out more details about the new M Performance upgrades for the BMW M3 and BMW M4 over at BMW at the link below.