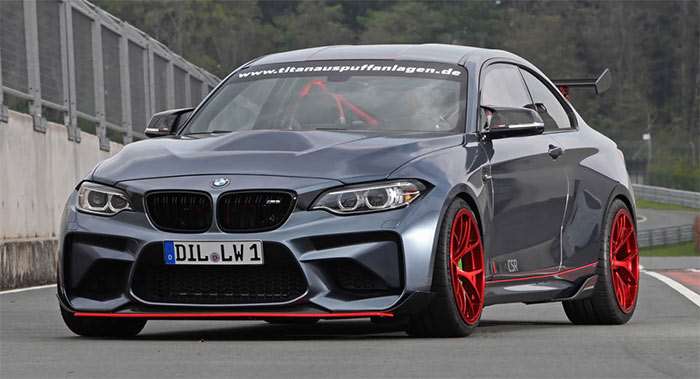 The beautiful BMW you see here started life as an already cool and performance inspired M2. The folks at Lightweight Performance took the engine out of that M2 and crammed inside an inline six from the BMW M3/M4. That engine is known as the S55.

The company had to change the turbos on the M3 engine and then improved the intake, added a new exhaust, and even added a water injection system similar to that the M4 GTS uses. The result was a max power output of 612 hp and 566 lb-ft of torque.

The builders say that proved to be too much power for the car and they later reduced it to 590 hp and 544 lb-ft of torque for drivability. The car also received a Drexler LSD, carbon ceramic brakes, M4 GTS instrument cluster, roll cage, and sport seats. The car looks fantastic to boot with red trim and wheels.