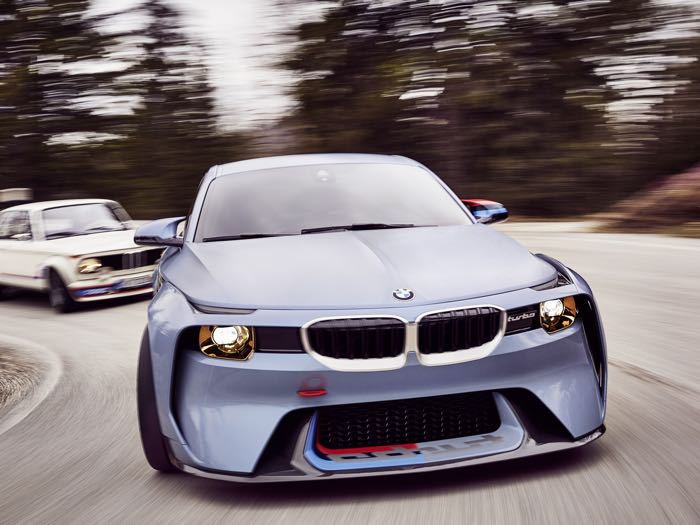 The BMW 2002 is one of the companies most iconic cars and now BMW is showing off a BMW 2002 Hommage concept at this years Concorso d’Eleganza Villa d’Este in Lake Como, Italy. 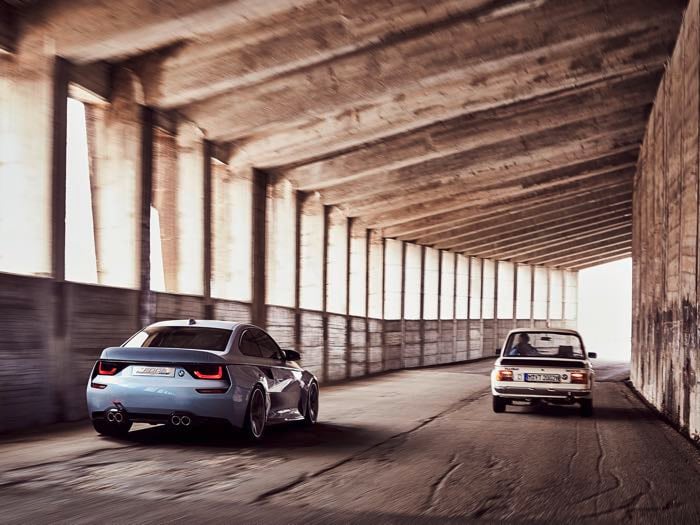 “Exactly 50 years ago, the 02 range kick-started an era of success for BMW. This compact coupe is one of the vehicles which made the brand what it is today,” explains Adrian van Hooydonk, Senior Vice President BMW Group Design. “The 2002 sat at the top of the range and was the first series-produced car anywhere in Europe to come with turbo technology. That set the seal on the coupe as a genuine sports car. At the same time, the 2002 turbo was at the technological vanguard of engine development at BMW. The BMW 2002 Hommage is our way of raising a glass to all these achievements.”

The sporting silhouette of the BMW 2002 Hommage lies low against the road. Its compact proportions, complete with long wheelbase, short overhangs and prominent “shark nose”, promise a driving experience that thrills with irresistible dynamics and agility. Aerodynamic details like the large spoilers at the front and rear team up with the profusion of air intakes to optimise airflow around the car and maximise downforce in every driving situation. 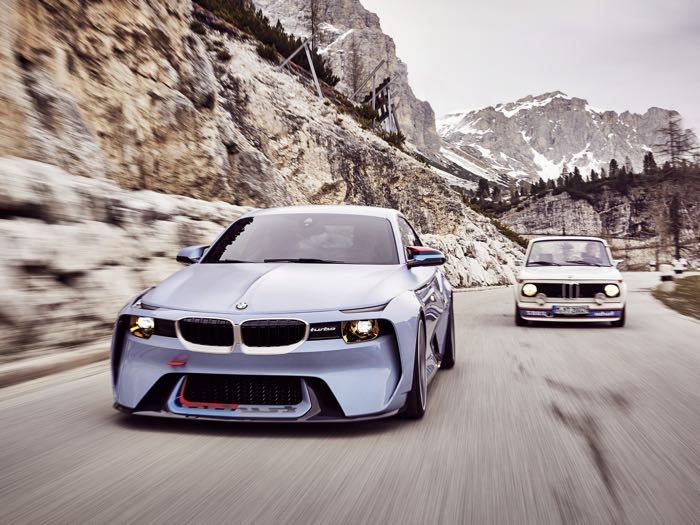 You can find out more details about the BMW 2002 Hommage concept at the link below, the car is not expected to go into production. 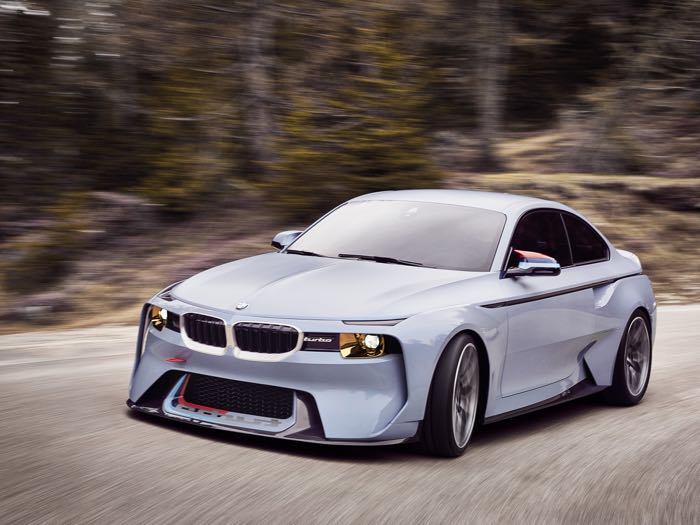