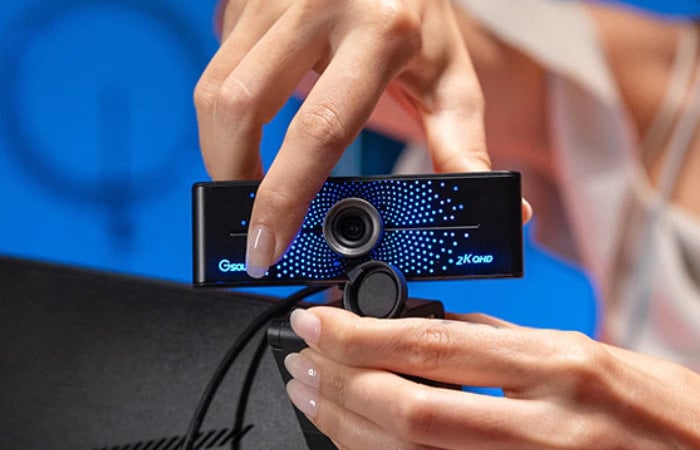 The Gsou K20 is a new web camera equipped with Bluetooth connectivity allowing you to connect your earbuds or microphone directly to the camera without the need for extra cables. The 2K high definition web camera has launched via Kickstarter and already blasted past its required pledge goal with still 52 days remaining. 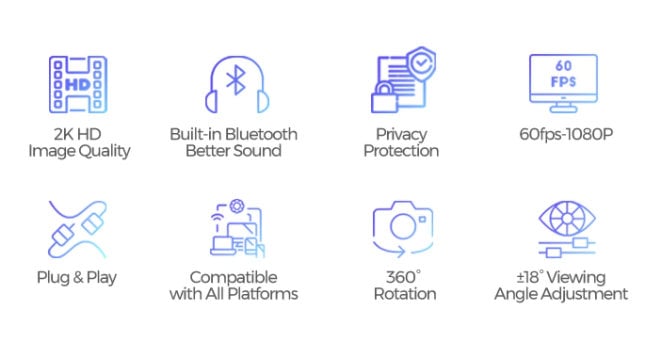 Early bird pledges are now available for the recently launched project from roughly $58 or £43 (depending on current exchange rates), offering a considerable discount of approximately 40% off the recommended retail price, while the Kickstarter crowd funding is under way. If the Gsou K20 campaign successfully raises its required pledge goal and the project completion progresses smoothly, worldwide shipping is expected to take place sometime around September 2021. To learn more about the Gsou K20 web camera project view the promotional video below.

“Unlike other webcams on the market, Gsou K20 has built-in 5.0 Bluetooth that is compatible with most Bluetooth products and you no longer have to arrange extra devices. Using Gsou K20, you can connect to your Bluetooth headset easily. With the direct input and output of the camera and headset, audio calls are clearer and greatly reduces or even eliminates the possibility of lag.”

“For other webcams with built-in microphones on the market, noice and echo are the biggest issues users encounter on video conferences.. Gsou K20 uses an innovative Bluetooth 5.0 chipset, which can miraculously give you clarity and natural sound even in noisy environments.”

For a complete list of all available early bird pledges, stretch goals, extra media and specifications for the web camera, jump over to the official Gsou K20 crowd funding campaign page by following the link below.