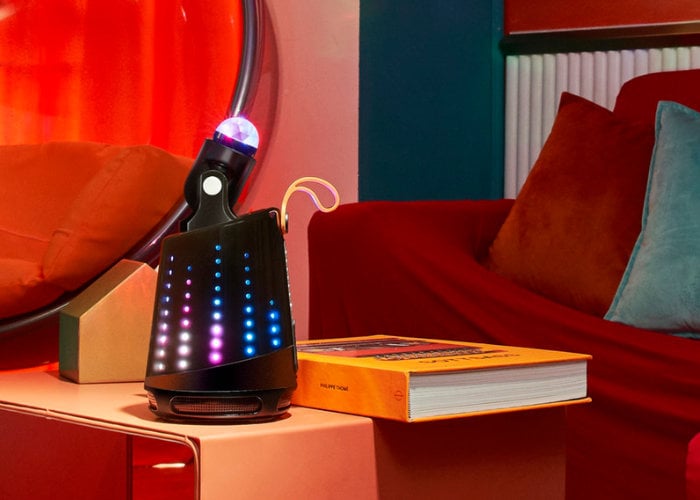 The trouble with most Bluetooth speakers is their lack of lighting and special effects, if you would like to transform any room at the touch of a button that is aptly named “Partier Dancing” portable Bluetooth speaker might be worth more investigation. The speaker features an integrated robotic light that moves to the music as well as a modular USB design. 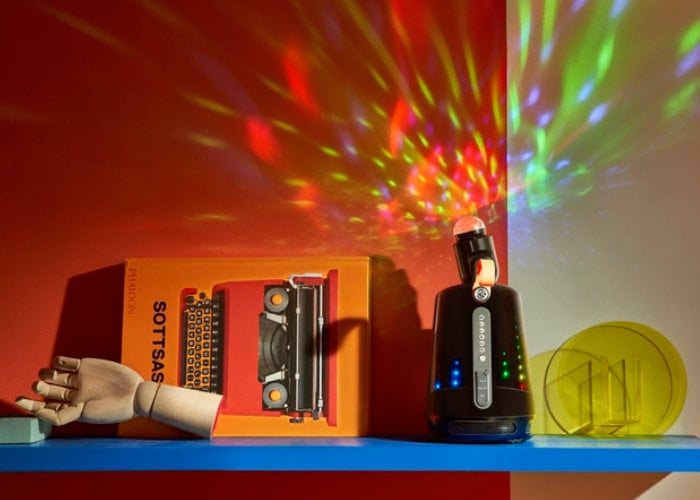 “Partier interprets Bluetooth audio input from on the fly to move the robot arm to the rhythm and beat of the music that the speaker plays. The speaker analyses the audio input and uses a special algorithm to move its robot arm. The arm has a movement range of 270° vertically and 360° horizontally. As the arm dances to the music, the light from the disco ball dances in the surroundings to create dynamic lighting and mood.”

– AI Robotic Arm – The robot arm interprets audio input in real-time to generate movements based on rhythm and beat. This creates dynamic movements of the disco ball.

– Mic Sense – The MicSense disco light increases variations and randomisations of the light pattern, further enhancing the mood as the disco ball moves

– Portable – Partier is portable, so you can bring your party anywhere you want. Audio input is easy with any Bluetooth-enabled smartphone, so you can listen to your favourite tunes wherever you are.

– USB Head – The standard disco ball attaches to the robot arm via a USB port. The port can also power modular add-on. This opens up countless possibilities for users to customise their speakers with other USB modules.