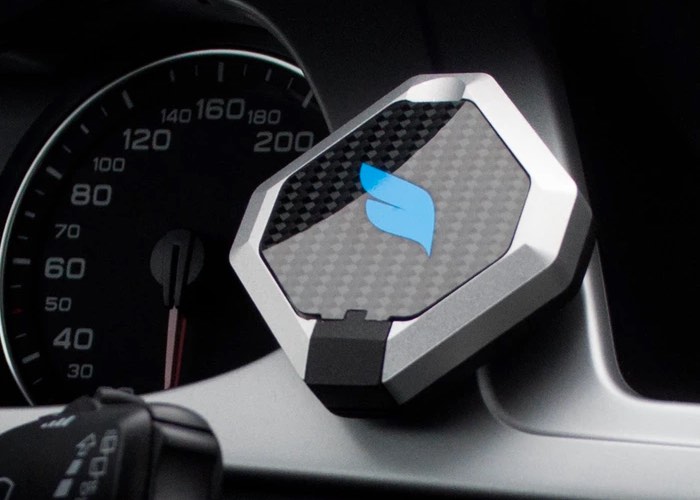 The Kiwi Factory based in London have designed a new smart amount for your car called the Bluejay which has been designed to seamlessly connect your phone to your car using Beacon technology together with an integrated smartphone application.

Rather than providing a plastic holder for your smartphone the Bluejay has reimagined what can be possible using current technology and provides users with a sleek device with three different mounting accessories depending on where you would like it in your car.

Check out the video below to learn more about this new smart amount which is taken to Kickstarter to raise $80,000 over the next month. Constructed from carbon fibre the new smartphone car mount is now available to pledge for from $79 for early bird backers.

The majority of car mounts are made from cheap plastic and they can barely hold your phone. While you might be able to get your phone in the right position, you then have to fiddle with numerous apps just so you can change your music, make a call or get directions.

We have designed Bluejay to be the last phone mount you’ll ever have to buy, and we made it smart. It uses Bluetooth Smart beacon technology, which keeps you connected beyond the confines of your vehicle and it comes with an app that reduces distractions while driving.

In a sea of uninspired and mundane design, we’ve created a phone mount that embodies the clean lines of modern automotive design. Bluejay uses the same materials that you would find in the most exotic and rare cars on the planet: carbon fiber and magnesium enriched high-grade aluminum.

For more information and to make a pledge on the new smartphone car mount jump over to the Kickstarter website for details.