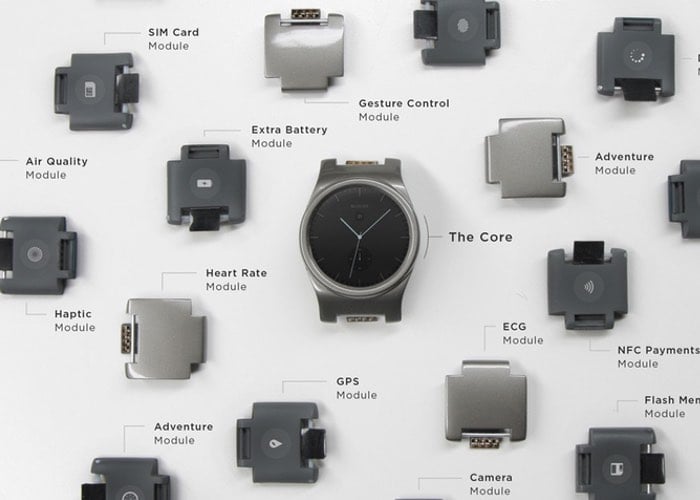 As expected the new Blocks modular smartwatch has now launched over on the Kickstarter crowdfunding website and has nearly raised $500,000 in under 48 hours.

The modular smartwatch allows its users to select from several modules that are then used to make up the strap providing a unique smartwatch tailored to end-users needs and requirements.

Blocks modules take the form of a battery, heat rate, GPS, Camera, NFC, Altitude, Pressure, Temperature to name a few there is also an SDK being made available for developers to create new and original designs for extra modules.

Watch the video below to learn more about the different modules that will be available at launch and how they can be used to combine together to create your perfect modular smartwatch.

BLOCKS WearablesThe creators of the module smartwatch which is taken to Kickstarter and already passed its pledge: $250,000 on its first day explain a little more about the inspiration and design of their new smartwatch.

BLOCKS is the world’s first modular smartwatch. The watch face – the Core as we like to call it, is a fully functional smartwatch which has all the features you would expect. The most amazing thing about BLOCKS is that the strap is made of several links (modules) each of which have their own functions. You can choose the modules you want to build a smartwatch unique to you.

The biggest benefit of BLOCKS over other smartwatches is that it is future-proof. We are forced to upgrade our phones every other year for incremental improvements. This short product cycle has been one of the major criticisms of smartwatches, because watches were always “meant to last”.

It’s simple: Why buy a whole new smartwatch when you can simply snap in a new feature? As technology evolves, so does BLOCKS. New Modules will be released continually, ensuring that you are connected with the latest tech as soon as it comes out. The future is modular.

For more information on the new Blocks modular smartwatch jump over to the Kickstarter website for details and to make a pledge from $250 to be one of the very first to own one of the very unique smartwatches.