BlackBerry’s latest BlackBerry 10 smartphone, the BlackBerry Z30 is now available from US mobile carrier Verizon Wireless, the handset will set you back $199.99 when you take out a new two year contract with Verizon.

You can also buy the handset off contract for $549.99, and Verizon are also offering the device on their Verizon Edge program, this will cost you $23.06 per month over 24 months. 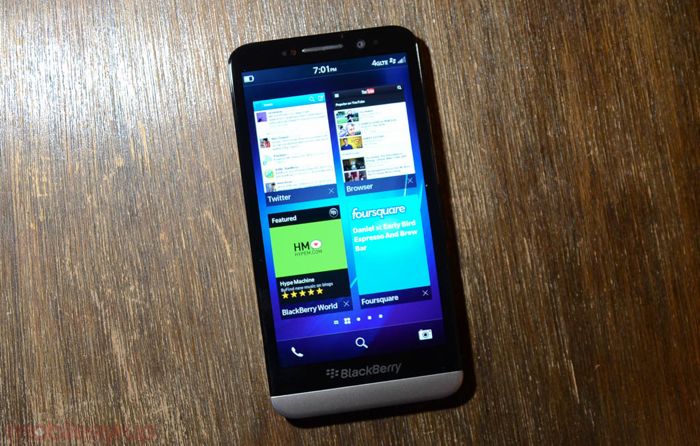 The BlackBerry Z30 comes with a 5 inch HD display that has a resolution of 1280 x 720 pixels, the handset comes with the latest version of BlackBerry’s mobile OS, BlackBerry 10.2.

Under the hood of the BlackBerry Z30 is a dual core 1.7GHz Qualcomm Snapdragon processor, the device also comes with 2GB of RAM and 16GB of built in storage.

You can find out more details about the new BlackBerry Z30 over at Verizon Wireless, the handset is as of today for $199.99.