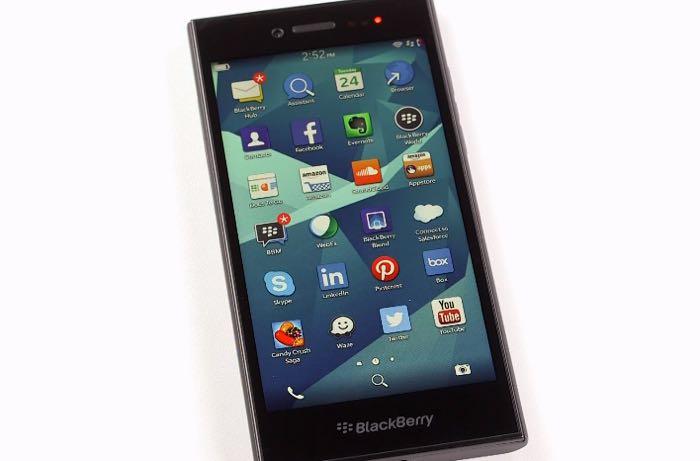 The BlackBerry Leap will launch next month, the handset is a new mid range BlackBerry 10 smartphone and now the company has released an official hands on video of the handset.

The video below gives us a look at the design of the BlackBerry Leap and also shows us some of the features on the device.

The Leap comes with BlackBerry OS 10.3.1 and the handset features a 5 inch display that has a High Definition resolution of 1280 x 720 pixels.

Other specifications on the handset include 2GB of RAM and 16GB of built in storage, if you need additional storage, the device comes with a microSD card slot that will take up to a 128GB card.

The BlackBerry Leap comes with front and rear facing camera, on the front of the handset there is a 2 megapixel camera for video calls and on the back of the device there is a 2800 mAh battery.

The handset will launch in a number of countries next month and you can find out more information over at BlackBerry at the link below.