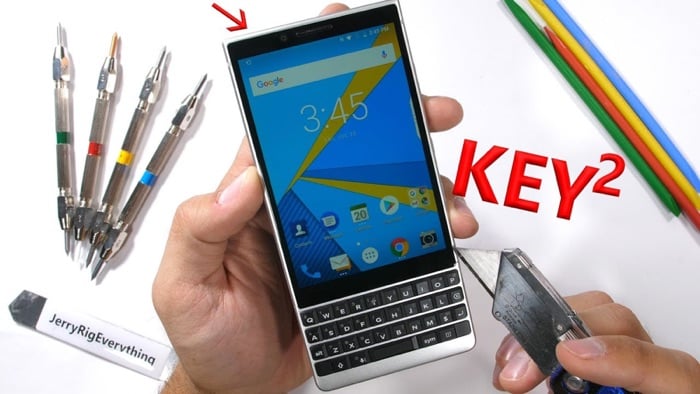 The new BlackBerry Key 2 launched recently and now we have a torture test video of the handset, from JerryRigEverything.

In the video below we get to see the BlackBerry Key 2 smartphone out through its paces, the handset is tested in a scratch test, a burn test and of course a bend test, lets see how it will perform.

As we can see from the video the handset got scratches on the display at levels 6 and 7 like the majority of the handsets on the market today.

As a reminder the handset comes with a 4.5 inch display with a 1620 x 1080 resolution and a 3:2 aspect ratio, plus the device features a Qualcomm Snapdragon 660 processor and 6GB of RAM and 64GB of storage. If you need some extra storage the handset also features a microSD card slot for expansion.

The BlackBerry Key 2 comes with a 3050 mAh battery and Android Oreo, the handset features an 8 megapixel front facing camera and a 12 megapixel rear camera.