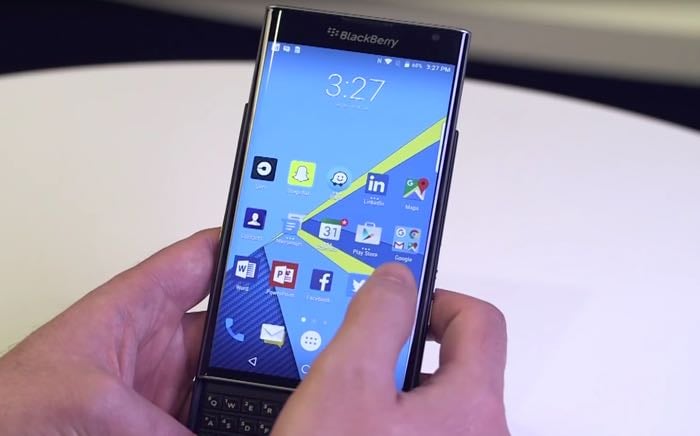 Father’s Day is just around the corner, and to celebrate it, the folks at BlackBerry are offering a $100 discount on their Android-powered BlackBerry Priv.

Starting June 20th, customers residing in the United States and Canada can grab the handset for $549, or $749 CAD when they shop through the company’s official online store.

BlackBerry Priv comes with a 5.4-inch display sporting a resolution of 2560 by 1440 pixels resolution, and is powered by a Qualcomm Snapdragon 808 processor paired with 3Gb of RAM and 32 GB of internal storage. There’s an 18MP rear camera for photos and videos, 2MP front-facing camera, a massive 3,410 mAh battery and ships with Android Lollipop. The company recently started rolling out the latest Android Marshmallow for the handset as well. Additionally, it brings the traditional BlackBerry keyboard on board for those who love typing.

Anyone interested in picking up the BlackBerry Priv now that it will be available at a discounted price? Let us know using the comments below.