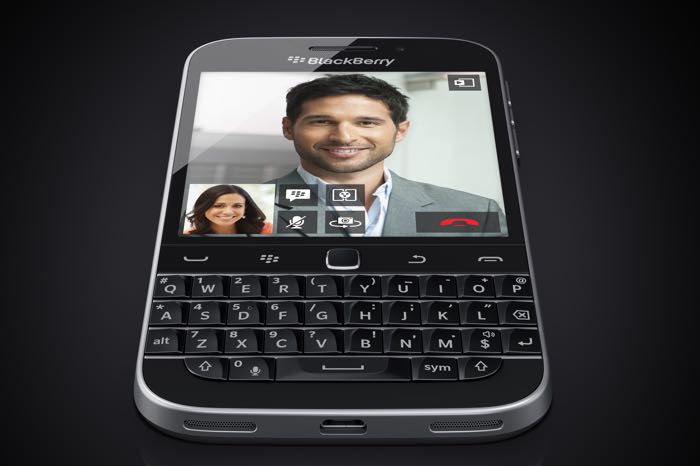 BlackBerry has announced that their new BlackBerry Classic smartphone with launch on Verizon Wireless tomorrow.

The BlackBerry Classic will be available from the Verizon website tomorrow and from its retail stores in the 3rd of March.

The Classic comes with a 3.5 inch display that features a resolution of 720 x 720 pixels and the device is powered by a 1.5GHz dual core processor and it also features 2GB of RAM.

For storage you get 16GB built in plus a microSD card slot which can take up to 128GB cards and the device also comes with front and rear facing cameras.

On the front of the BlackBerry Classic there is a two megapixel camera for video calls on the back there is an 8 megapixel camera which features an LED flash and auto focus. The device also comes with a 2500 mAh battery which is said to give around 22 hours of mix use.

The handset will retail for $99.99 after a $50 mail in rebate, so basically $149.99 up front on a new two year contract with Verizon, you can find out more details over at BlackBerry at the link below.