Black Ops 2 gamers patiently waiting for the latest Black Ops 2 Revolution DLC to arrive on the PlayStation 3 and PCs, will be pleased to learn that the new download has now been released and is available to purchase.

The new Black Ops 2 Revolution DLC download brings with it for new multiplayer maps together with a new zombie feature that allows you to play as either the undead zombie or as the machine gun toting Peacekeeper. 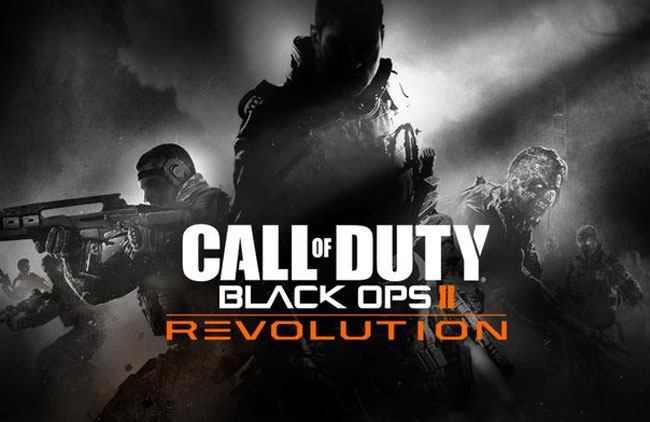 The latest Black Ops 2 Revolution DLC is included in the Black Ops season Pass for 2013, or as a separate download for $14.99

“Zombies fans get a terrifying double-dose of undead action in Revolution. First,the new map, “Die Rise,” drops players inside a maze of crumbling skyscrapers amidst a ravaged Chinese city, where all-new Wonder Weaponry will play a crucial role as they make a valiant stand against the impending zombie hoard. Additionally, Revolution’s new Zombies mode, “Turned,” flips this new fan-favorite mode around, allowing players to become the undead and play as a zombie, offering an entirely new style of bragging rights.”

– Hydro: Located in Pakistan, this hydro-electric plant comes complete with a lethal spillway that floods with very little warning.

– Grind: Set in a skate park in Venice Beach (the birthplace of skateboarding!), quarter-pipes and curved surfaces drive players away from easy cover and into intense firefights.

– Downhill: A ski resort in the French Alps, this snowy map is complete with a moving gondola system that can both offer cover and crush you to death.

– Mirage: Located in China’s Gobi Desert, a luxury resort has been ravaged by a sandstorm.

** The Call of Duty: Black Ops II game sold separately, and is required to play this Map Pack.