A new and very unique camera has been unveiled this week called the Black Betty 2K which is unique due to the developers including a Mac Mini computer within its mechanics to allows on site editing and uploading of footage. 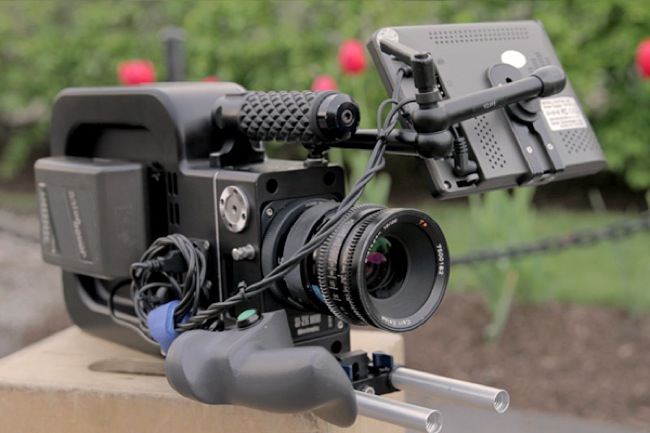 As well as the standard camera lens and equipped the Black Betty 2K camera is also fitted with a 2.5-inch solid state disk (SSD) and built in Apple Mac Mini computer that allows users to edit and then upload the footage directly to the Internet via an ethernet connection.

“It boots Mac OS and Windows, and that opens the door to a lot of creative, fun stuff. The Mac Mini that’s in here is just an old Core 2 Duo, because we wanted to butcher something old first, before buying something new. But you could conceivably put a new Core i7 Mac Mini in here, boot up into Mac OS, load your footage into DaVinici Resolve, and hook up another monitor to it. Then load that up into Final Cut X, edit away, and grade your footage — all off the camera if you wanted to.”

For more information on the very unique Black Betty 2K camera jump over to the No Film School website for full details and the possibility of renting the system for your own filming projects.