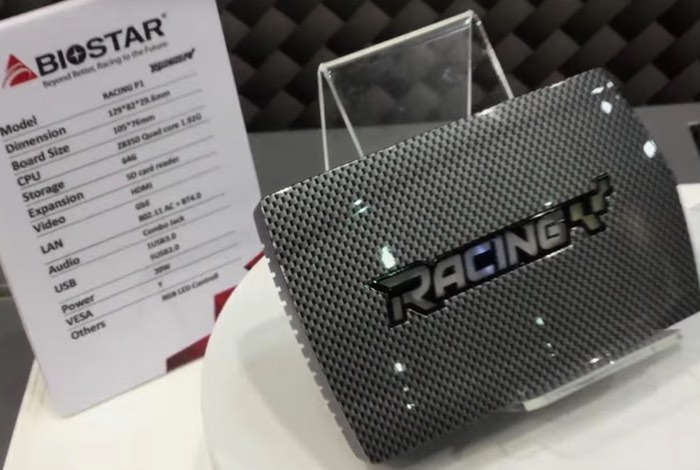 Biostar more widely known for its motherboards and graphics cards has this month unveiled a new addition to their range in the form of a mini PC system called the Biostar Racing P1. The Racing P1 is expected to launch in Q3 2016 and will be priced under $200 when purchased without an operating system, says Biostar.

The Biostar Racing P1 is powered by an Intel Atom x5-Z8350 Cherry Trail processor supported by 4GB of RAM and includes 64GB of internal storage which can be expanded further by use of the handy microSD card slot. Check out the video below to learn more about its design.

Ports on the mini PC system include 6 x USB 2.0, 1 x USB 3.0, HDMI and Ethernet as well as connectivity provided by both Bluetooth 4.0 and support for the wireless 802.11ac standard. One unique feature of the Racing P1 is an RGB LED behind the logo that can be customised by the user to display different colours. Specifications of the Biostar Racing P1 include :

As soon as more details are announced on an official confirmed release date and pricing structure we will keep you up-to-date as always.