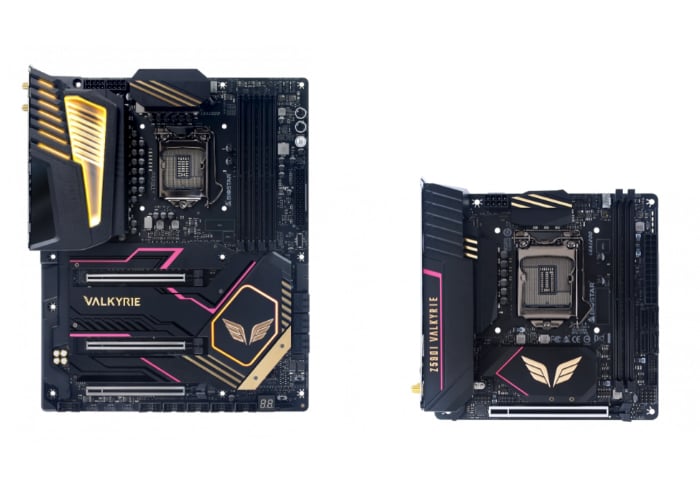 BioStar has introduced new motherboard CES 2021 this week in the form of the VALKYRIE, the Z590 VALKYRIE (ATX) and the Z590I VALKYRIE (Mini-ITX). Offering a first look at what will be BIOSTAR’s flagship motherboard label. Designed to run the latest Intel 11th gen processors, BIOSTAR’s 500 series motherboard range consists of 6 new main boards in two form factors of ATX and Mini-ITX.

The Z590 VALKYRIE boards are game ready with features such as PCIe 4.0 that can support the latest and greatest graphics cards as well as many other features backed by BIOSTAR’s 22-phase power delivery technology. The RACING Z590GTA (ATX) and RACING B560GTQ (Micro-ATX) motherboards comes in a black PCB layout accented by a grey and tiffany blue color scheme adding great flair to BIOSTAR’s popular RACING motherboard range.