if you have been looking for your very own BioShock Infinite Sky-Hook replica, you will be pleased to learn that the one pictured below created by NECA is now available to pre-order.

The new BioShock Infinite Sky-Hook Replica should be arriving with you just in time for the release of Irrational Games unleashes Bioshock Infinite, game unless its delayed yet again. Watch the video after the jump to see it in action. 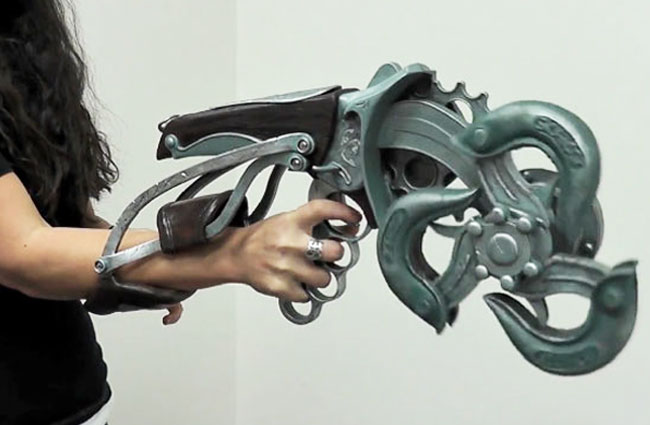