Irrational Games have today released a new BioShock Infinite Burial at Sea Episode One launch trailer for fans to enjoy, that doesn’t spoil the games enjoyment. 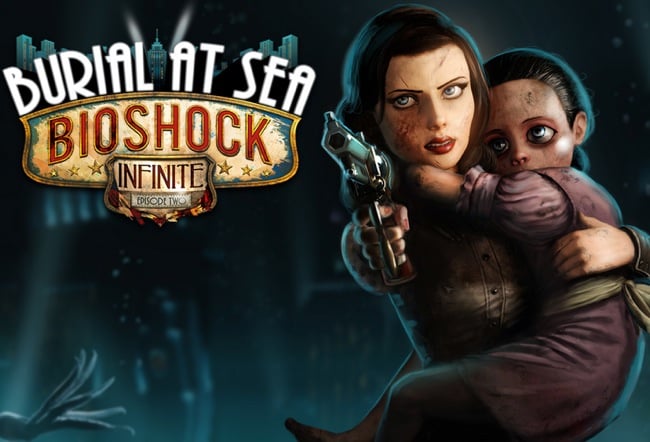 BioShock Infinite Burial at Sea Episode One is available to purchase for $15.00 USD on Playstation 3, Xbox 360, Windows PC and OSX and will be free to owners of the BioShock Infinite Season Pass.

BioShock Infinite Burial at Sea Episode One has been built practically from scratch using the Unreal Engine 3 and brings with it new weapons, new Plasmids (replacing Vigors), new Gear, and Tears. With the first half of the episode focuses on exploration of Rapture with the second half focusing on combat mechanics.

“In this story, Booker Dewitt is a private investigator in Rapture, usually handling dirty work for his clients. On the eve of 1959, a mysterious woman by the name of Elizabeth asks him to investigate the disappearance of a young girl named Sally.

Elizabeth’s intentions are sketchy and she is unwilling to reveal any vital information, only that Sally is alive and local artist Sander Cohen may have the information regarding her whereabouts. When they arrive at Cohen’s club they are denied entrance entrance unless they are wearing masks crafted specifically for the guest of his party.

Booker and Elizabeth then search the nearby stores for the mask which results in Booker sneaking around to acquire it. After several stores of searching they find it and return to be welcomed in to Cohen’s party.”