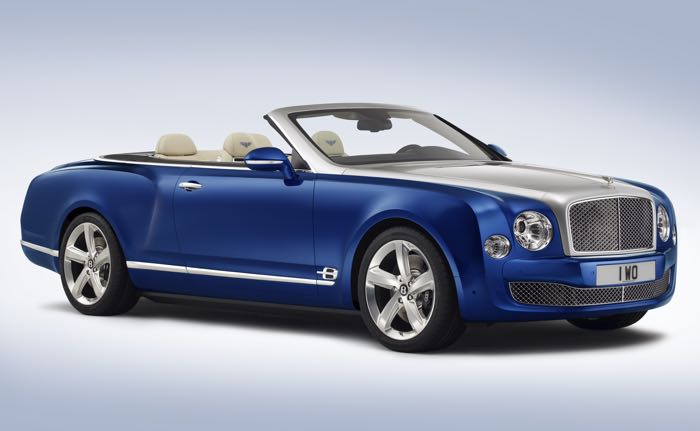 The LA Auto Show kicks off tomorrow, we have already seen a number of new cars, and now we have another one from luxury car maker Bentley, with the new Bentley Grand Convertible, which is a concept at the moment.

The Bentley Grand Convertible will come with a six and three quarter litre twin turbo engine that will have 530HP and 1,110 Nm of torque.

Bentley have not revealed any performance figures on the new Bentley Grand Convertible, we suspect we will hear more details about the cars performance later this week. 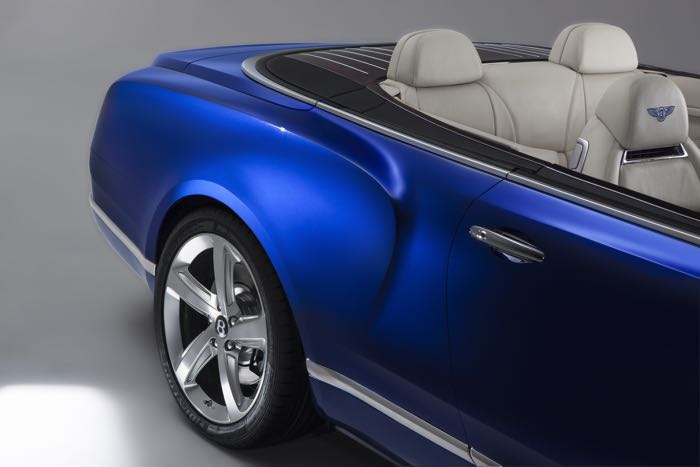 The car has been announced as a concept at the moment, although Bentley are considering putting this new luxury convertible into production if they get enough interest from their customers. 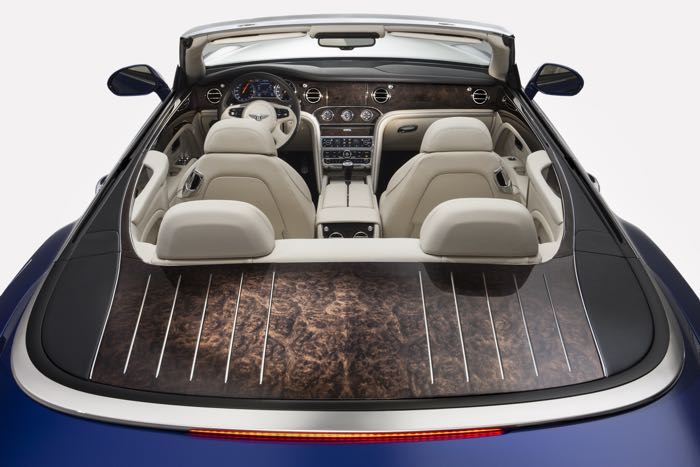 “This concept demonstrates Bentley’s ability to create a pinnacle convertible Grand Tourer, while embodying elegance beyond compare. With this car we combine the opulent Mulsanne experience with the full sensory indulgence of open-air touring, continuing to unite luxury and performance in new ways.

“We are eagerly awaiting the response of our customers to this car. We will ensure that this car – if it reaches the roads – will be a highly exclusive, extremely limited collector’s piece.”

You can find out more information about the new Bentley Grand Convertible over at Bentley at the link below, if this goes into production, we suspect it could end up being one of the company’s most expensive cars to date.