Belkin has today announced the launch of a new products its aded to its range in the form of the new Belkin Express Dock for iPad, which comes equipped with a built-in 4 ft Lightning USB cable for charging and syncing.

The new Belkin Express Dock for iPad is compatible with any iOS device fitted with a Lightning connector including iPad 4th gen, iPad mini, iPhone 5, and iPod touch 5th gen. 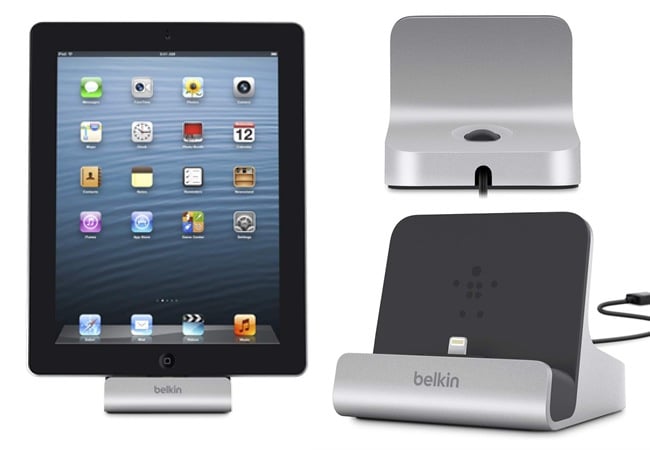 Belkin has also fitted their new Belkin Express Dock for iPad with a unique and handy features that allows you to dock your iOS device even if it is in a case. Thanks to an adjustable dial that allows the stand to be adjusted to fit. Watch the video below to learn how it works.

“A convenient dial on the back raises and lowers the built-in Lightning connector to ensure a good fit for different Apple devices in a variety of cases.”

The Belkin Express Dock for iPad is now available to purchase for $60 directly from the Belkin online store.