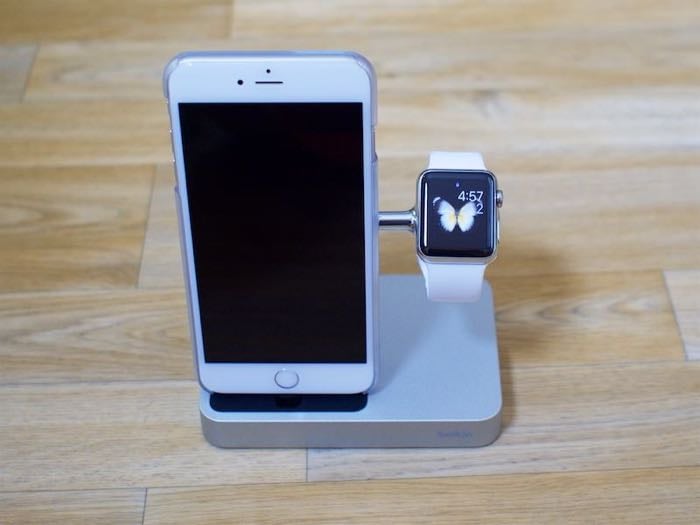 Belkin has launched its latest iPhone dock, the Belkin Charge Dock, although this new dock is also designed to charge your Apple Watch at the same time.

The Belkin Charge Dock for Apple Watch is now available to order in the US and it retails for $130, it is also compatible with the iPhone 5S, 5C, iPhone 6 and 6 Plus.

The Belkin Charge Dock for Apple Watch + iPhone is the first dock to include an integrated charger for the Apple Watch. The dock uses the same magnetic technology as the Apple Watch charging cable. Magnets align the connectors automatically, and inductive charging begins instantly.

The dock also features an integrated Lightning connector for iPhone. With both connectors hardwired into the dock, charging your Apple Watch and iPhone simultaneously can be done with a single cable.

You can find out more details about the new Belkin charge dock for the Apple Watch at the link below.