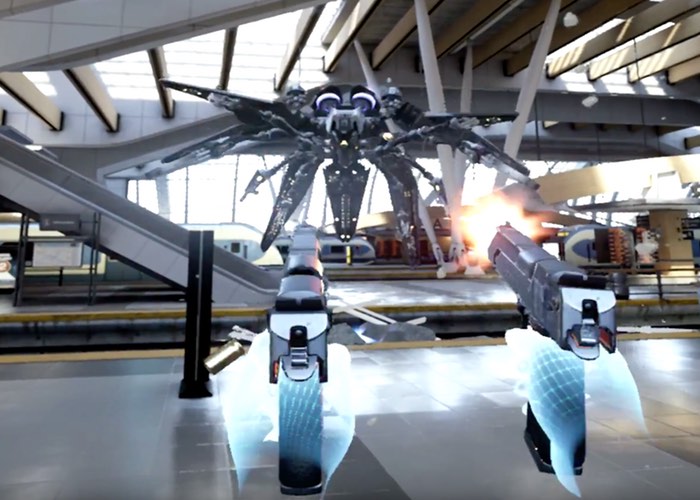 Game developers or anyone else that is interested in seeing how the recently showcased Bullet Train virtual reality game trailer was created for the Oculus Touch system.

Are sure to enjoy this quick behind-the-scenes look at the development team responsible for creating the new Bullet Train virtual reality game that was showcased at this years Connect VR event.

In the video below you can see the final stages of development and preparation before its showcasing at the recent Oculus Connect 2015 developer virtual reality event. Commentary is provided by Epic’s Ray Davis and Nick Donaldson and Tim Sweeney also makes an appearance within the video.

Bullet Train will once again be showcased at the SEA VR event taking place on 28th October 2015 at the Meydenbauer Center in Bellevue and will be the last time that the new VR Bullet Train game is available to demo this year.

Step behind the scenes with Epic Games in the weeks leading up to Oculus Connect 2 as Bullet Train takes shape and becomes the studio’s most ambitious VR experience to date.