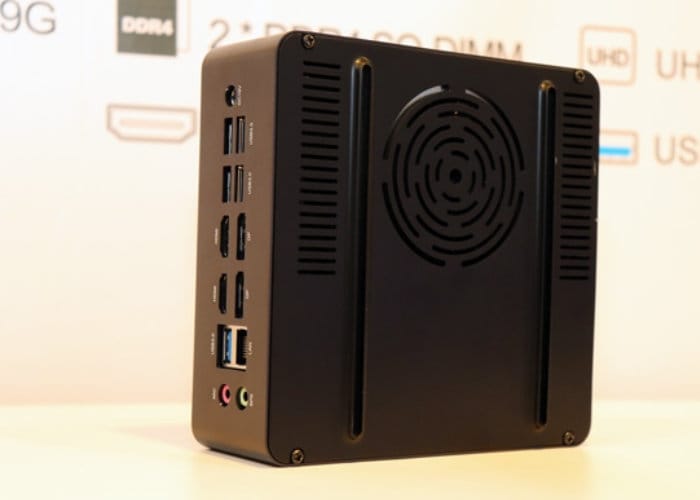 The new Beelink KB-G1 Game gaming mini PC offers the power of a mid-range gaming PC in a small form factor case offering any 100 watt Core i7-8809G processor and AMD Radeon RX Vega M graphics supported by 32GB of RAM, up to 2 SATA hard drives or solid state drives. The mini PC is also capable of connecting to multiple displays thanks to the 2 x DisplayPort and 2 x HDMI 2.0 ports and is also equipped with 5 x USB 3.0 ports, Gigabit Ethernet and microphone and headphone connections.

If you are looking for a less powerful system then the fanless Beelink S2 mini PC might be worth more investigation and offers a 6W Intel Celeron dual-core processor, 4GB of RAM, and up to 32GB of eMMC storage. While the Beelink GMini1 Offers a slightly more powerful system equipped with a 10W Celeron J4105 quad-core processor both of which have been designed to run almost silently thanks to their fanless cooling system.

Beelink is also hoping to provide a more affordable version in the form of the lower-power model equipped with a 65W Core i5-8305G processor. Unfortunately, no information on pricing or worldwide availability has been released as yet by Beelink, but as soon as information comes to light, we will keep you updated as always.