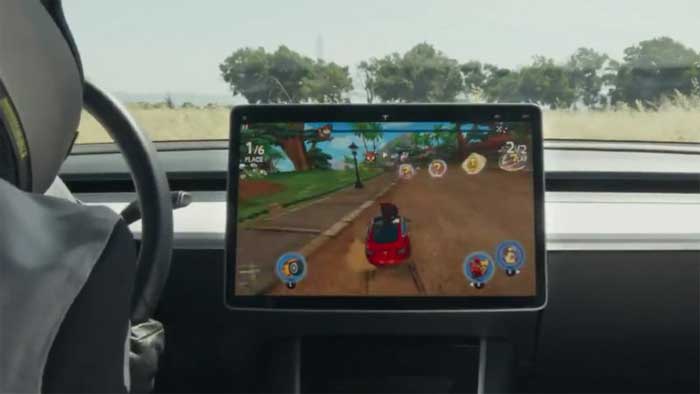 Tesla has a history of cool Easter Eggs hidden in its cars. A new game for its infotainment system is a racing game called Beach Buggy Racing 2. The game is an arcade racer sort of like Mario Kart and can be played on iOS and Android devices.

If you have a Tesla, you can download the game and play it on the big infotainment system screen in the car using the steering wheel in your car as the controller. That is awesome. When you play it in your Tesla car, your kart is a Tesla in the game.

Your next charging session is going to be SO ? MUCH ? FUN ? pic.twitter.com/5YzSL36kCC

The assumption is that the game can’t be played while driving. Interestingly since the Tesla cars don’t use drive by wire, the wheels will be turning as you play the game. The game is free-to-play with in-game purchases.