The BBC has released details of the latest version of their popular BBC iPlayer which now comes with a range of new features and also integration with social networks life Facebook and Twitter.

The new BBC iPlayer features a re-designed user interface which is designed to make using the service easier and it now features a built in TV listing page which will show you what live programs are available.TV and Radio are now separated, making it easier to browse through each of the different channels on either radio and TV. 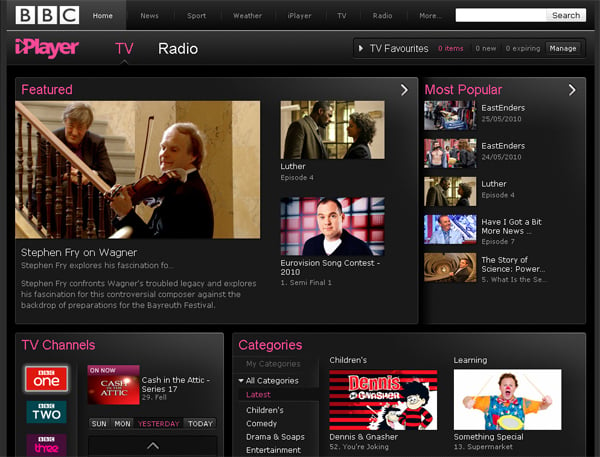 Probably the most interesting feature is the integration with social networking sites Twitter and Facebook, users are now able to share programs with their friends and there is even a friends recommendations section of the iPlayer.

The BBC iPlayer also feature integration with Windows Live Messenger and it allows you to synchronize and watch shows with your friends and also chat with each other whilst watching a show through the iPlayer.

You can check out out for yourself over at the BBC iPlayer homepage.