The BBC has launched a new mobile game based on their popular motoring show Top Gear, the game features Top Gears, The Stig, and is called Top Gear: Race The Stig. 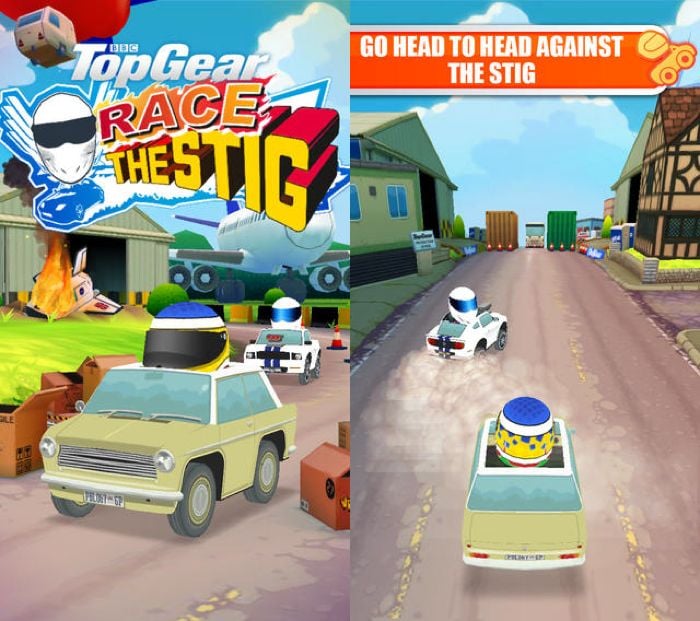 The ‘endless runner’ game takes players on a high-speed journey through some of the most iconic Top Gear locations where they’ll have to use their skills to collect as many Golden Nuts as possible whilst jumping, ducking and dodging around obstacles and other vehicles. It wouldn’t be Top Gear without the cars, and Race The Stig allows players to drive some of the series’ most recognisable challenge vehicles including Richard Hammond’s beloved Oliver, Jeremy’s Italian police car, complete with Ben Hur wheels and James’ Amphibious Triumph Herald. And the infamous Indestructible Pickup-truck features as the ultimate shield against destruction . All the while, players will be chased and blocked by the show’s legendary tame racing driver The Stig.

You can find out more details about the new Top Gear: Race The Stig game over at the Top Gear website at the link below.