According to the FT, the BBC is looking to launch an iPlayer app for the iPad outside of the UK, to deliver its TV programmes to other countries, with the US being the first country to get the BBC iPlayer iPad App.

Access to the BBC iPlayer in the UK is free, because the BBC charges everyone an annual license fee to watch their content on TVs or online, and now it looks like the US iPlayer app will be based on a subscription. 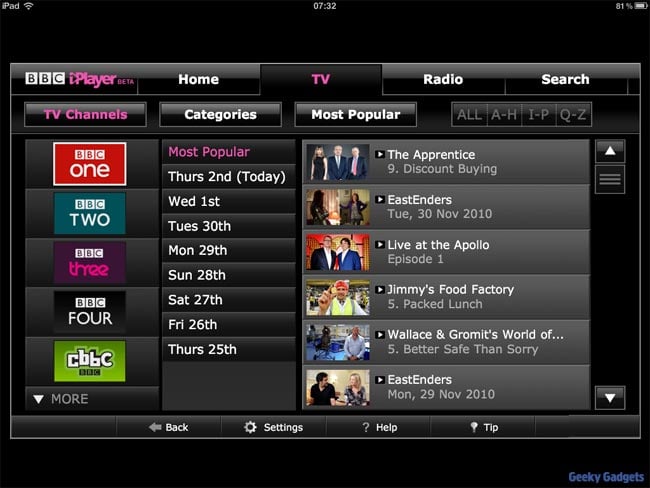 The FT report quoted the head of BBC.com, LKuke Bradley-Jones as saying that the service will be available in the US as a paid subscription product, “in part to get audiences used to using the service, but more importantly so we can generate additional value from the service in terms of the user data that it gives us.”

The BBC are also hoping to launch a digital downloads service within the app as well as the subscription, and also pay per view programs. There are no details as yet on when the service will be available in the US or other countries outside the UK.