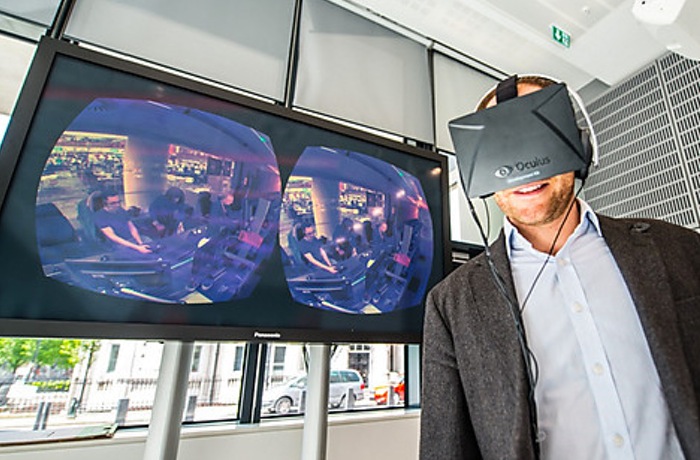 The BBC has today unveiled a new experimental virtual reality news broadcast they have created which uses the awesome Oculus Rift headset, that was recently purchased by Facebook for a cool $2 billion.

The BBC experiment uses a 360 degree camera set up, that was used to film the BBC newsroom, live editing gallery and Fiona Bruce in the studio all at once.

The three were then all stitched together to create an immersive environment for users to view using the Oculus Rift. The BBC explains a little more:

The purpose of this trial was to test out the technology and see if we could make our users feel as if they were actually there in person, part of a programme and able to experience what it feels like to be behind the scenes during a news broadcast, in the studio sitting in front of a newsreader whilst they are on-air and in the centre of our bustling London newsroom.”

If you are one of the lucky ones and already own an Oculus Rift developer kit, you can download the experience yourself on MAC or PC. For more information on the new BBC virtual reality experiment jump over to the BBC Blog website for details.