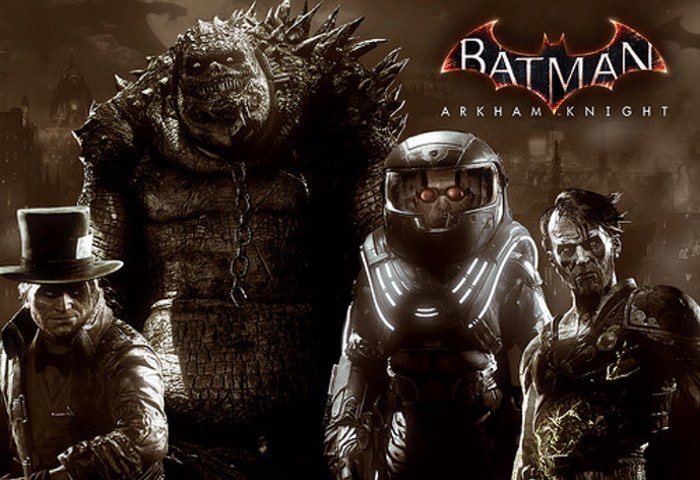 In addition to The Season of Infamy DLC gamers will also receive one final Batmobile in the form of the Original Arkham Batmobile, check out the update trailer below to learn more.

When the team set about building the entirety of Gotham City the goal was to ensure it was jam packed with story missions, Riddler secrets and Most Wanted missions for you to get drawn into. But having built the city and filled it with things to do, we felt it was a shame not to do more; perhaps change the city dynamically and tie up a few loose ends from the previous Batman: Arkham games? So that’s exactly what we decided to do with the Season of Infamy: Most Wanted Expansion.

Bringing back four key characters for this DLC was no small undertaking. Each character model was built from scratch to make the most of the game engine updates and give you, our fans, visually new-gen Super-Villains. For example, I just love the way Killer Croc is now even more powerful looking, his mutation so severe he’s more reptile than man; this comes across not only in his character design, but also in a whole suite of new animations that bring him to life like never before. You saw a glimpse of that in the main game, but now is your chance to see even more of that amazing new model detail.

For those of you with keen eyes and ears, you’ll know that the League of Shadows has been splintered after the events of Batman: Arkham City. Ra’s Al Ghul is back in “Shadow War” but is this return a resurrection gone? Too far? Is he the only powerful threat left in the League?

“Wonderland” is a slightly different mission for the Caped Crusader. In this story, The Mad Hatter lures Batman into a twisted hallucination which has a very unique look compared to other parts of Batman: Arkham Knight. And finally, Killer Croc. In “Beneath The Surface,” you’ll get to find out how and why he’s looking more fearsome and reptilian than ever. Plus, we’re also bringing a fresh new take on a famous DC Comics location.