A unique cocktail making robot called the Bartendro has launched on Kickstarter this week looking to make the jump from concept to production.

So if you need a little help making your favourite cocktail drinks or have a party on the horizon, the Bartendro cocktail making robot might be worth more investigation. Watch the video after the jump to see it in action. 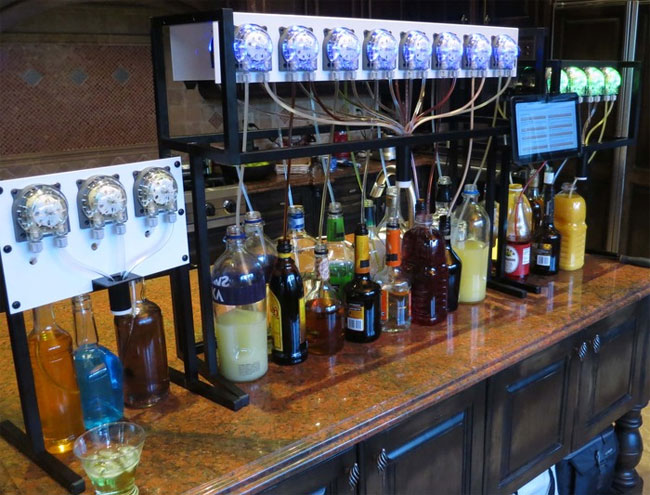 The Bartendro cocktail making robot is capable of mixing over 200 cocktail drinks in an evening, and can take less than 10 seconds on most creations. The Bartendro is easy to setup and can be cleaned at the end of the party  in just 5 minutes. All powered by a Raspberry Pi mini PC.

“Have you ever made or had a cocktail that was really perfect but was elusive to recreate? Have you ever wanted to know more about cocktails without drinking a lot to acquire the knowledge? We did. We wanted a machine that could pour complex cocktails in any size, including small tasters, that are proportionally accurate.

Bartendro is a precision cocktail dispensing robot! It makes tasty drinks quickly and repeatably without the mess. It’s light and portable so that you can easily take it to events, conferences, weddings, parties, or wherever!”