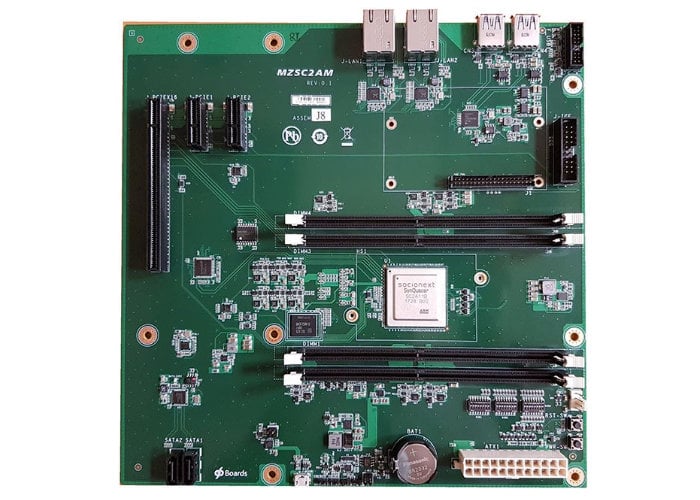 Banana Pi mini PCs typically feature ARM core technology processors and offer an affordable alternative to the well-known Raspberry Pi systems and similar mini PCs. The latest hardware system teased by the company takes the form of a Banana Pi 24-core ARM server that speculation suggests might be sold as a Banana Pi server board or as a finished server product.

In the video below it is rumoured you can see the new Banana Pi 24-core ARM server board running Ubuntu 18.04 although no specifications for either the motherboard or platform are known at the current time. The operating system is Ubuntu 18.04.1 LTS with MATE desktop.

“The video above shows the 24 cores of the server being fully utilized while building the Linux kernel. Other tidbits about the board come from LinkedIn comments from someone named Nora, who is said to be Project Manager for Banana Pi at Foxconn. “ explains the Hot Hardware website.

Rumours are circulating that the board supports NVMe storage and that TensorFlow (for machine learning) under Docker, Raspbian, and ROS Melodic Morenia have all been tested on the board. Soon as more information is announced by Banana Pi regards specification, pricing and availability we will keep you up to speed as always.