If you are looking to try a slightly different type of augmented reality game, a new iPad 2 game called Ball invasion might well be worth a look. Ball invasion allows you to interact with your home or surroundings in a totally new way even allowing you to bounce balls off walls within your location for certain aspects of the game.

The objective of Ball Invasion is to shoot balls hiding in the real world, visible only through your iPad2’s camera. However unlike other Augmented Reality games, Ball Invasion doesn’t require any printed or known markers, but tracks the environment around you. Watch the video after the jump to see the game in action and the moves you can perform, such as bouncing balls of walls and objects. 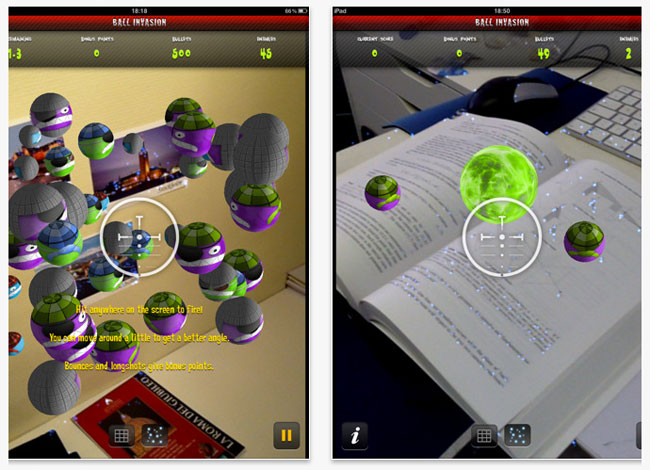 The Ball Invasion iPad 2 game uses your location as the playing field to your game and allows you to use it to your advantage. The creators of the new game 13th Lab explain:

“It lets you very accurately position your iPad 2 in 3D space and overlay stuff on reality without any known or printed visual markers, as is required in other solutions,”

Ball Invasion is now available to purchase from the iTunes App Store for $0.99