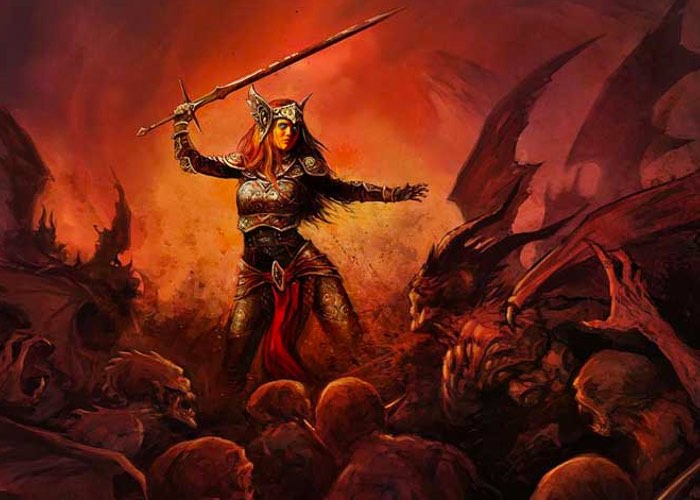 Baldur’s Gate fans that have been patiently waiting for additional content to be rereleased, will be pleased to know that the games developer Beamdog has today announced the availability of the new expansion in the form of the Baldur’s Gate Siege of Dragonspear DLC.

The Siege of Dragonspear DLC has been released some 18 years after the original RPG and is now available to download via the Steam games network priced at £15 or $20. The DLC will also be made available for mobile devices in the near future.

Though Sarevok is dead and his plan for war averted, peace eludes the citizens of Baldur’s Gate. A crusade marches from the north, seizing supplies, forcing locals into military service, and disrupting trade along the Sword Coast. A charismatic warrior known as the Shining Lady leads this army, her background shrouded in mystery. Can the rumors be true—is she, like you, the child of a god?

The closer you get to the Shining Lady, the more you realize your father, the dead Lord of Murder still casts a long shadow upon your path. Baldur’s Gate has put its faith in you, but you must determine whose interests you truly serve before you face the Shining Lady among the ruins of Dragonspear Castle…

The first new game in the Baldur’s Gate series in over a decade, Baldur’s Gate: Siege of Dragonspear adds a new chapter to the Bhaalspawn saga. The events occurring between Baldur’s Gate and Baldur’s Gate II are at last revealed in this 25-hour adventure.

Features of the new Baldur’s Gate Siege of Dragonspear DLC include :

– A new chapter in the Baldur’s Gate saga
– A sharp and subtle adventure that pits you against an enigmatic new foe
– Venture through the vibrant new hand-painted areas of the Sword Coast
– Import your character from BG:EE and continue the story in BGII:EE
– Four new player soundsets to customize your hero
– The original cast returns to kick butt for goodness – along with four new additions!
– Updated UI and improved Infinity engine features
– 25+ hours of gameplay
– New items, quests, and a new class: the Shaman!
– Original soundtrack by Sam Hulick
– Functional, extensively tested cross-platform multiplayer on all supported platforms
– “Story Mode” difficulty setting to allow players to experience all of the story with none of the Game Over screens