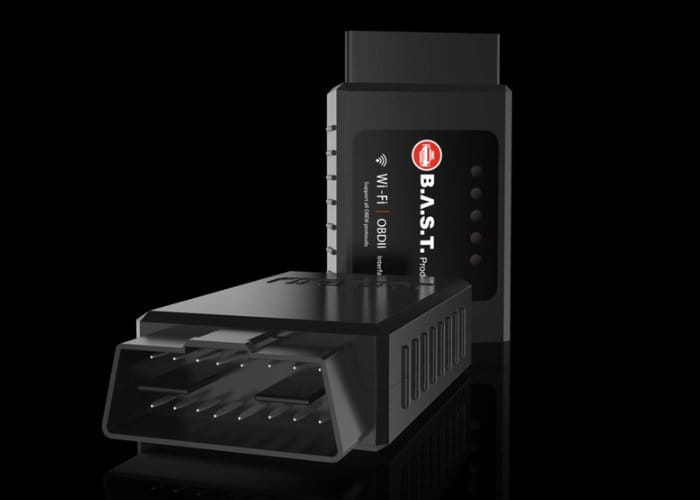 Car enthusiasts searching for a way to monitor their vehicles and receive diagnostics directly to their smartphone or tablet may be interested in a new wireless and Bluetooth OBD2 car diagnostics kit called the B.A.S.T. The OBD2 dongle and companion smartphone application support both Android and iOS devices and allows you to troubleshoot and diagnose issues you may have with your vehicle or just simply track its performance. Watch the demonstration video below to learn more about the B.A.S.T. OBD2.

The developers of B.A.S.T. explain more about its inspiration and design. “Our project is to provide an easy affordable way of diagnosing vehicle check engine light issues and getting you connected through the smartphone of your choice. The devices are already designed and tested and will be usable on free or paid 3rd party apps until our own FREE app is created.  We are using this campaign to fund the app development while also funding mass production of smart devices that can be used on an app of your choice.“

B.A.S.T. is now available to back via Kickstarter with early bird pledges available from $29 or just £22, with delivery throughout the United States expected to take place next month during July 2018 if the Kickstarter campaign is successful. For more details jump over to the official crowdfunding campaign page by following the link below.