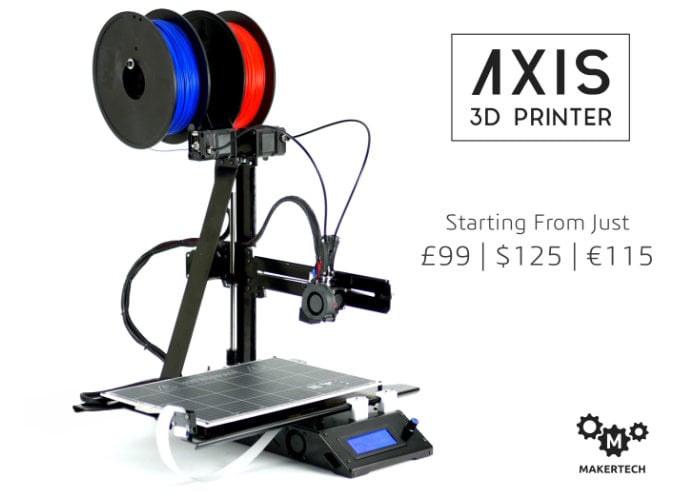 An affordable 3D printer has launched via Kickstarter this week in the form of the AXIS 3D Printer which is priced from just £99, $125 or €115. Complete with dual 3D printing head the 3D printer is based on open source technology with “tried and tested industry standard components designed to work right, first time” say it’s creators.

The affordable price point was achieved by creating a design that is merged together the motion system and frame of the printer whilst keeping the overall manufacturing process and component count to a minimum, explains Makertech 3D. A team of developers based in Birmingham within the United Kingdom.

“Here at Makertech we’re constantly pushing the boundaries of desktop 3D printer innovation. Our new AXIS 3D Printer pushes down the entry price for what a capable desktop 3D printer should be! Our previous kickstarter project, the Proforge 2S, features the Dual Switching Extruder which removes the need for a prime tower or ooze shield when printing with two hotends.”

Earlybird pledges are available from £99 offering a 50% discount off the recommended retail price of £199, worldwide shipping is expected to take place during 2020. Check out the specifications below to learn more about its components, features and capabilities. 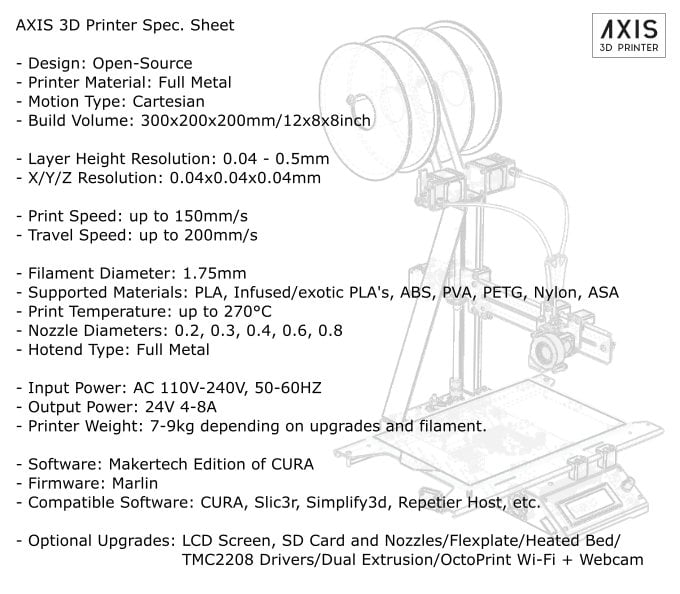