We love anything to do with Star Wars here at Geeky Gadgets, and have featured a number of cool Star Wars themed creations over the years, the latest is this awesome X-Wing Fighter Soapbox Derby Car.

The X-Wing Fighter Soapbox Derby Car is the creation of one of the guys over at Instructables, and as you can see from the photos it is a pretty detailed replica of an original X-Wing Fighter. 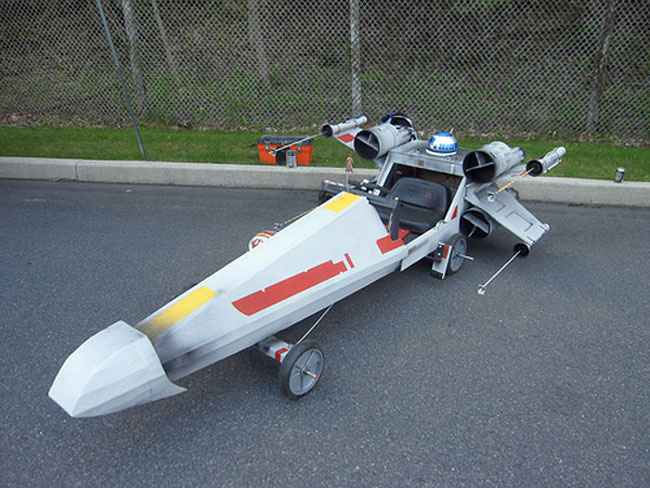 For the 2011 Nazareth Adult Soapbox Derb y I wanted to design a car that people would like and made me feel heroic. So I decided I would model it after one of the most important vehicles of our nation’s history: the T-65 X-wing fighter.

You can find out more details of how the X-wing Fighter Soapbox Derby Car was made over at Instructables.