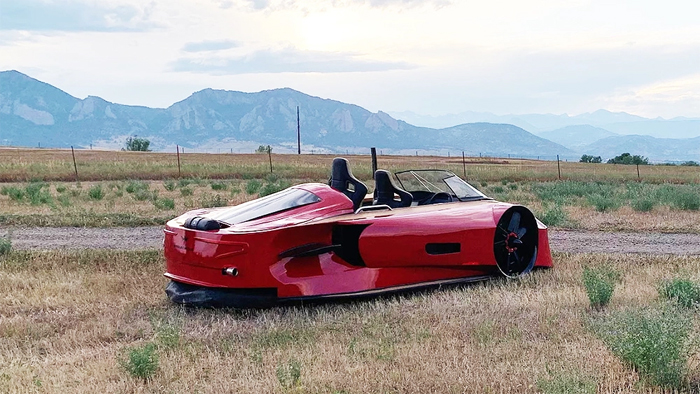 A company called VonMercier has built a new luxury hovercraft aimed at thrill-seeking wanting something different with hypercar looks. Like any other hovercraft, it’s capable of floating over land and water, making it truly all-terrain. The hovercraft is the VonMercier Arosa.

Arosa is built from carbon fiber and metal alloys. It’s built with style reminiscent of a hypercar, including two big fans in the front that look like wheels. It has a two-seat open cockpit and small side decks that look as if they are part of the boat.

Power comes from a hydroelectric powertrain promising minimal noise and pollution. It uses a gas engine generating power for a trio of independent electric motors for controlling thrust. It rides on a cushion of air to float right above the surface it’s traveling over. The vehicle claims to be the most maneuverable personal hovercraft in the world. The manufacturer will build 60 examples of the Arosa at $75,000 each.