The Dark Knight Rises is the new sequel in the Batman story, which is directed Christopher Nolan, who co-wrote the screenplay with his brother Jonathan Nolan and the story with David S. Goyer. Now ParanickFilmz have re-created the trailer in Lego, featuring all the scenes from the original trailer. Check it out after the jump, with the original below it. 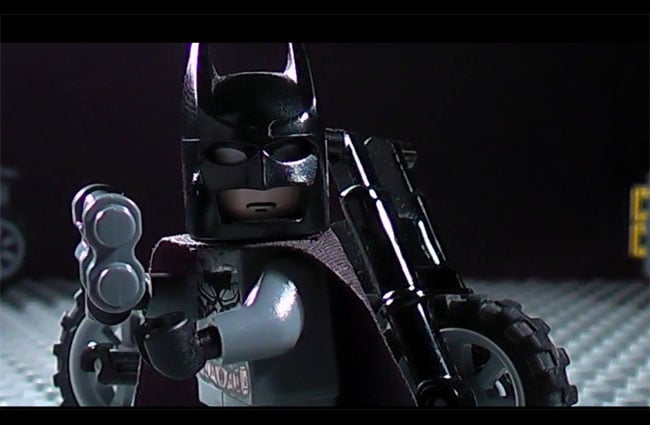 “Eight years after Batman took the fall for Two Face’s crimes, a new terrorist leader, Bane overwhelms Gotham’s finest, and the Dark Knight resurfaces to protect a city that brands him an enemy.”