Any Battlefield 3 fans looking to mod their own gaming PCs might be interested to view one that has been created by, case modding master Brian Carter. The mod was designed by Carter and created to take part in the competition run by Raptr. 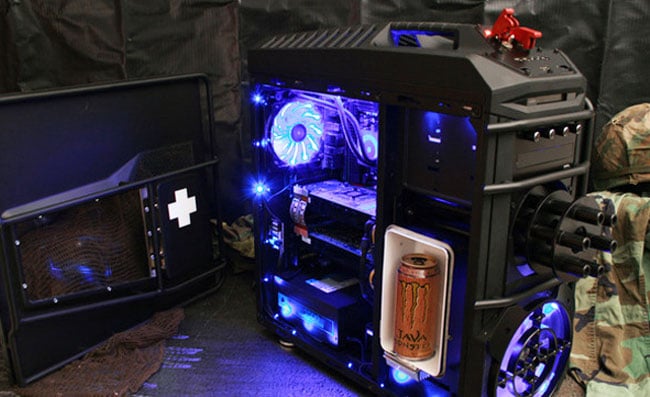 But the pièce de résistance of the gaming case mod in my opinion is the spinning mini chain gun positioned on the front of the case, which can be turned on and off using giant military toggle switches.