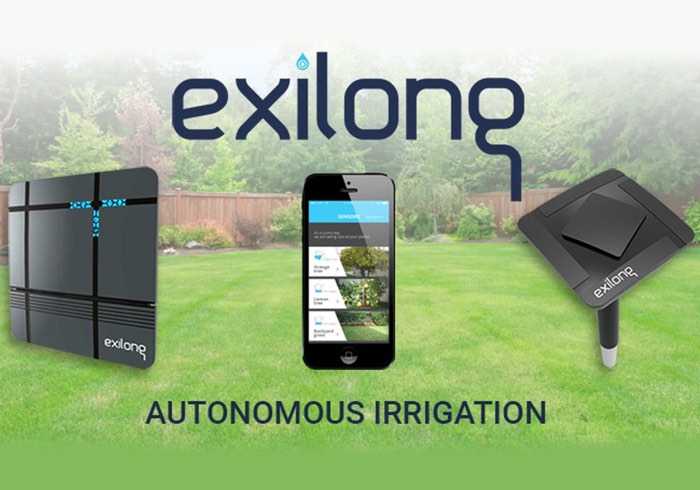 Anyone who needs to water their backyard on a regular basis, may be interested in a new autonomous irrigation system which has been created by Tevatronic.

The Exilong autonomous irrigation system has this week launched via Kickstarter to raise the $50,000 it requires to go into production. Once installed its developers say that the system is capable of reducing water usage by up to 75%.
Check out the promotional video below to learn more about Exilong and its features. The development team working on Exilong explain a little more about its inspiration and design.

A system that will take care of your backyard irrigation without your intervention. It’s like always having a professional gardener in your backyard to monitoring your plants and give them the best care possible while keeping them healthy, green and sustainable.

Just like a hungry baby drinks its mother’s milk, your plant sucks water out of the soil. We measure its water suction pressure every minute and provide your plants with the perfect amount of water to keep it at its healthiest.

The system connects to your houses’ existing irrigation infrastructure and takes control of your electronic water valves. Exilong uses our unique patented technology and mathematical algorithms to perfectly water plants according to their roots depth and individual water consumption.

A . We save you the time and experience required to take care of your backyard plant’s irrigation. With Exilong you can forget about taking care of your plants, the system will do it autonomously.

B . Most of us assume that watering plants twice a day is enough, others assume they can tell how much water their plants need according to the weather. These assumptions are all hurting our plants, they usually either get over-watered or under-watered. With Exilong, we can finally stop ruining our plants and inflating our water bills.