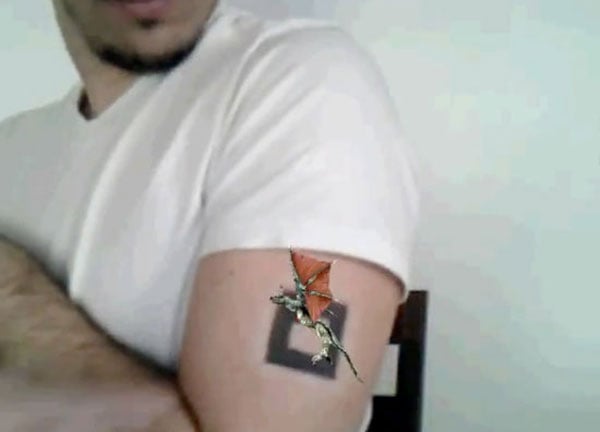 These augmented reality tattoos were developed and created by Think an App in Buenos Aires. The software technology recognizes AR bar codes on curved surfaces, the tattoo looks like a very simple and boring square until viewed through a camera.