A great new concept called the Augmented Reality Cinema is being developed which would allow movie buffs to actually see the movie clips play out in their originally filmed locations.

By using GPS the application leads you to locations around the UK and then plays your favourite movies using augmented reality over the top via your iPhone allowing you to see the movie in location. Watch the demo after the break to see the Augmented Reality Cinema app in action. 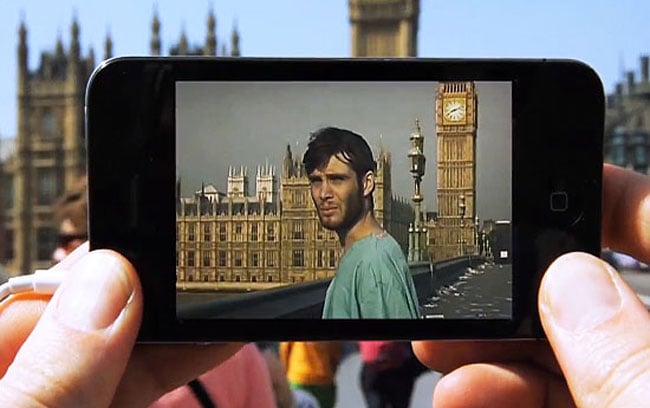 The application is still currently under development at the moment and just a concept so very little is known about pricing and release dates. But as more information becomes available we will as always keep you updated.