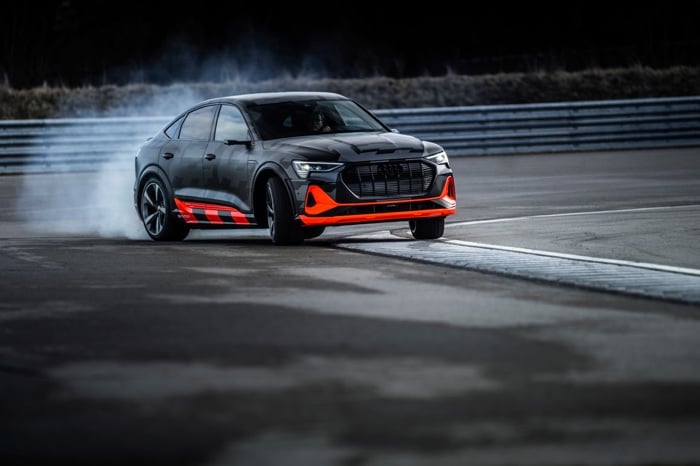 Audi has revealed more information about its new electric Quattro drive system that the company will be using in its new e-tron electric models.

Audi has a number of new e-tron models in the works which we are expecting to see made official over the next twelve months.

Audi is the first manufacturer to enable highly variable torque distribution in the e-tron S due to the drive topology featuring one motor at the front axle and two electric motors installed in a housing on the rear axle. In combination with sophisticated control and regulation, the electric quattro, due to its single-axle operation with variable, unnoticeably additional activation of the front axle, resolves the conflicting aims of dynamic performance and efficiency.

Audi integrates functions such as electric torque vectoring on the rear axle, wheel-selective torque control due to a braking intervention with the mechanical differential, and high recuperation performance in an electric powertrain. Additionally, drivers can adjust the high variability of the system to their personal preferences by individual program selections.

You can find out more information about Audi’s new electric Quattro system for its electric vehicles at the link below.