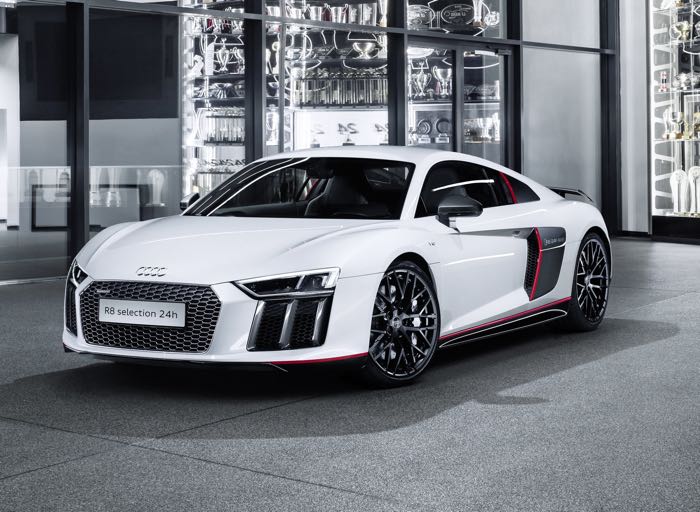 Audi has revealed a new limited edition of their R8, the Audi R8 Coupe V10 Plus ‘selection 24h’, the car is being launched to celebrate their R8 LMS GT3 models performance in racing. 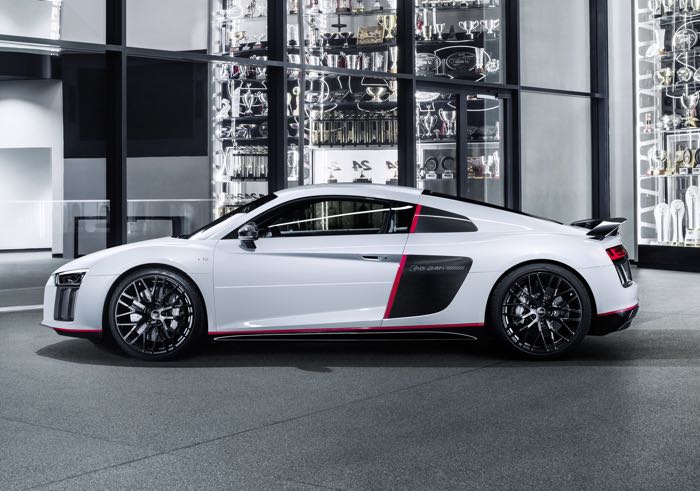 One year ago the Audi R8 LMS won the 24 Hours Nürburgring on its debut. The GT3 car’s victory marked the start of a successful year of motor racing for Audi Sport. The brand now celebrates the R8 LMS with the “selection 24h” special edition, a homage to its tally of 323 wins in national and international race assignments since 2009.

The “selection 24h”, being built in a limited production run of 24, is based on the Audi R8 Coupé V10 plus*. Its 5.2-liter V10 mid-engine develops 449 kW (610 hp) and accelerates the top model of the Audi R8 car line from 0 to 100 km/h (62.1 mph) in a mere 3.2 seconds, before advancing to a top speed of 330 km/h (205.1 mph). That makes the Audi R8 Coupé V10 plus both the fastest and most powerful production Audi of all time. A newly developed quattro drive distributes its power fully variably between both sets of wheels. The suspension, the aerodynamics configured to handle high downforces and the operating concept featuring the Audi virtual cockpit are all motorsport-inspired. That is because Audi developed the second generation of the R8 in parallel with the GT3 racing model R8 LMS. Close cooperation between race car engineers, motorsport specialists and developers has brought both models a significant boost in performance. 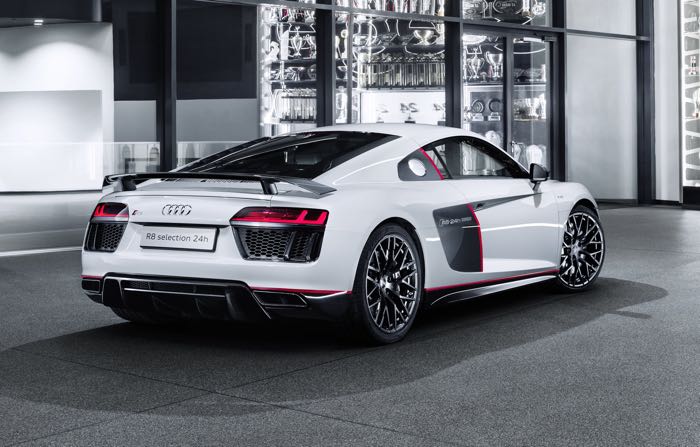 You can find out more details about this limited edition Audi R8 Coupe V10 Plus ‘selection 24h’ over at Audi at the link below.